Gen Z certainly seems to have amassed a dictionary of their own. If you’re walking past a group of middle school students, or scrolling through TikTok, it is not uncommon to find yourself confused by some words. Sometimes these slang words are just words that already existed, and were then repurposed by Gen Z. Other times they appear to have been uniquely invented by Gen Z themselves. In this article we will look at some of Gen Z’s favorite words and try to trace them back to their beginning.

We will also look at the use of slang in general as a concept. There is a propensity for an existing generation to believe that their language’s transformation is negative, and unprecedented. As people grow older, they sometimes fail to realize that the development of new slang words happens in every generation.

Gen Z is roughly defined as people who were born between 1997 – 2012.[1] Gen Z is what researchers call a “generational cohort”. That means, a group of people who were born within a similar time range. These cohorts share the historical effects of changes in technology, public policy, culture, the economy, and other world-shifts. All people live within these generational cohorts.

Generally, Gen Z assumes the integration of smartphones into daily life as an unquestionable reality. Similarly, the advent of social media and constant access to entertainment platforms through a smartphone are foundational realities for people in the Gen Z generation. These are only some of the changes in technology and culture that have a powerful influence on the Gen Z generation.[2] The events of 9/11 and Obama’s ground-breaking presidency would have also been events which had already fallen into place before most of this generation could realize their radical nature.

All of this probably isn’t a brand new concept, but it’s worth properly defining. Gen Z didn’t choose to give themselves a name, or designate themselves as a particular generation. These generational definitions are usually given to younger generations by preceding ones. Older generations are watching as the younger ones grow up.

It has been noted that older generations often look on disapprovingly as younger generations change their language.[3] For example, it’s hard to imagine someone saying “Oh, I’m so happy to hear these youngsters using words I don’t understand!” Either way, this change is natural and can’t be stopped. We will look at why it can’t be stopped later, but for now let’s just explore some examples. 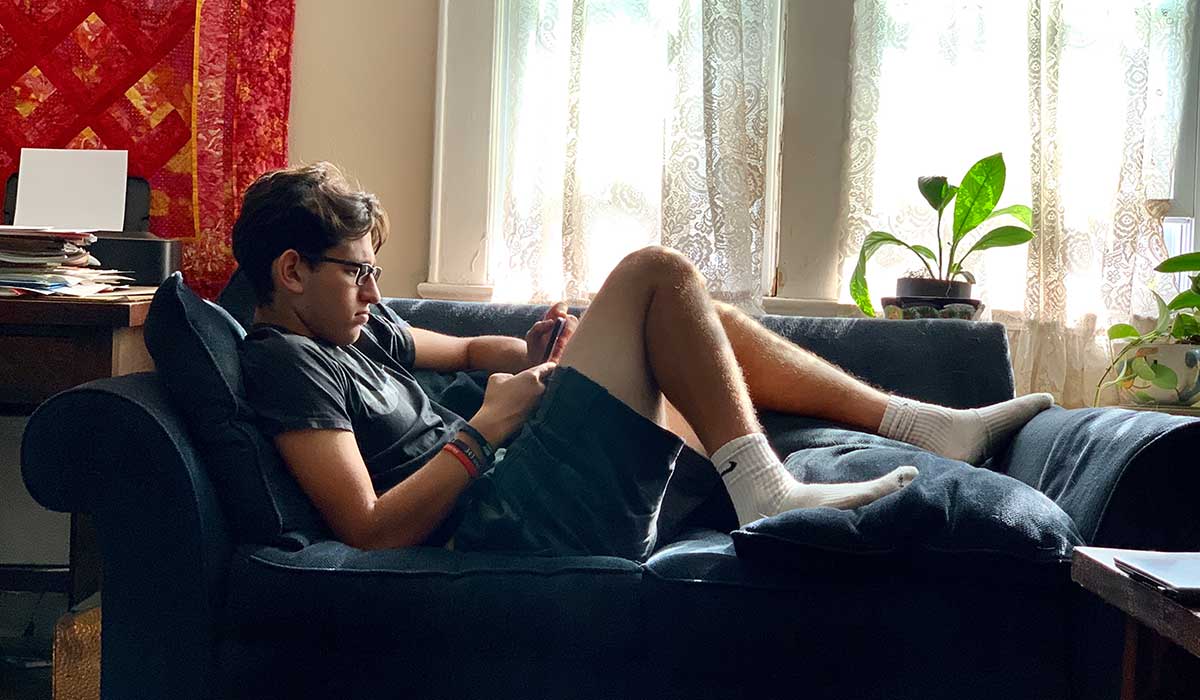 Ghosting is when one person stops communicating with another person. In most cases, this specifically refers to cellular telephone communication. The communication can slowly fade out, or end suddenly. Ghosting tends to imply an abrupt end to a romantic relationship, but it doesn’t always have to be romantic.[4]

“We went on 3 dates and I thought it was going well, but she hasn’t texted me. I think she’s ghosting me…”

If it’s not obvious already, the use of the word “ghost” comes from the idea that another person’s disappearance makes it feel like you’re left communicating with a ghost. No one is on the other end. They’re non-existent. This is a poignant example of a slang word that arose specifically because of changes in technology.[5] Some sources say this term came broadly into use around 2015.[6] 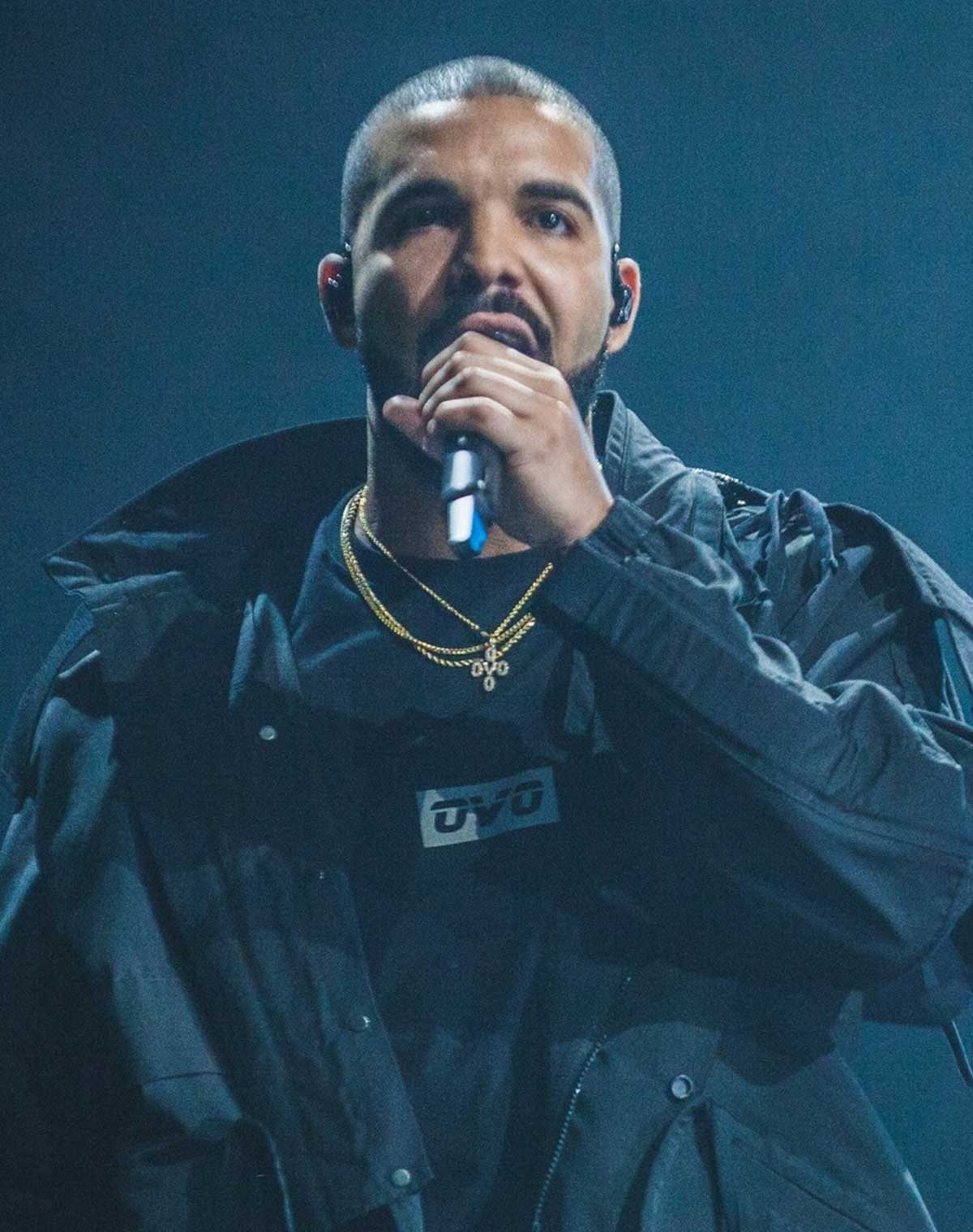 The Come Up Show, CC BY 2.5, via Wikimedia Commons

“Quiet and relaxed: not very forceful, emotional or noticeable.” This is Urban Dictionary’s definition. Their follow up definition is “…of low intensity: restrained.”[7]

Development in the use of this phrase in its new form has been attributed to the musical artist Drake, by some.[8] It should be noted that the use of “lowkey” as an adverb is often underwritten by a concealed sense of actual excitement. As with the provided example, the speaker actually does want to see Justin Bieber, even though they feel that perhaps they should not demonstrate those feelings openly.

This word was used as early as 1847 in the figurative sense to describe emotional restraint rather than something literally musical. The phrase was originally used as two separate words joined together by a hyphen. The transition from “low-key” as a way to describe musical quietness, to emotional discretion or muted fervor, happened long ago.[9] Now however, the phrase is used as an adverb. The form of the phrase that lacks a hyphen, and functions as an adverb bears Gen Z’s signature. 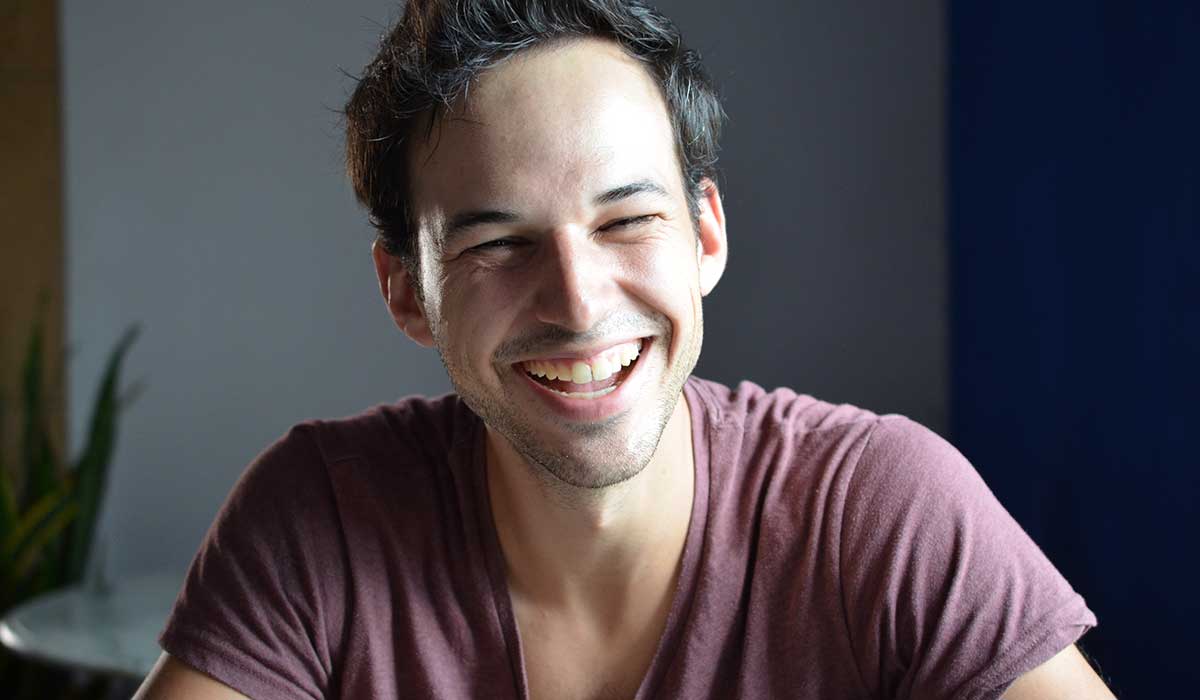 When someone says “I’m Dead”, it means they are laughing quite a bit. The idea is that they have laughed so hard, that they’ve stopped breathing as a result, and thus died.[10] Sometimes people also simply say “dead”, in response to something that is funny as a way to express the same sentiment.

Jacob: “I accidentally left my pet chicken in Austin’s truck, but Austin doesn’t know!”
Serge: “You have a pet chicken? I’m dead!”

The use of the phrase “I’m Dead” was logged in UrbanDictionary.com as early as 2013.[11] It is worth mentioning that the acronyms “LOL”, “LMFAO”, and “ROFL”, all share similar meanings. “I’m dead” pushes the limits figuratively to what appears to be the furthest reach.

A “Stan” is an overly zealous and devoted fan or supporter. “Stan” can also be used as a verb to describe the action of supporting or loving something or someone.

The word was originally the name of an Eminem song.[12] This song is about a fan who is so obsessed with Eminem that it becomes bizarre and dangerous.[13]

There is something odd about the development of the use of “Stan” as a word, especially when we consider the tragic end of the character named Stan in Eminem’s song. The word and name which is almost definitely negative for Eminem, transformed from something unfavorable, into a borderline positive sentiment.

This semi-positive tone for something that at the very least could be interpreted as creepy, might seem strange. It’s not strange to this generation though. Layers of irony characterize so many things about the way that the Gen Z generation thinks and speaks. The use of the word “stan”, which originally described a fan that passed-away in his own story; is evidence of this irony.[14] It is also evidence of humanity’s ability to bend language to its needs.

There are many theories regarding when and why human beings began to speak. Some theories say we began speaking as recently as 50,000 years ago, while other theories say it was as long as 2 million years ago.[15] The theory which favors a timeline of 2 million years ago, explains the advent of language as it relates to the development of tools.[16] Essentially, as tools became more complicated, language became more sophisticated in order to accommodate humanity’s growing need to share information about how to craft them.[17]

Language then, has always served humanity in its endeavors. There was a time when no words existed at all. Then, words were developed to help us fabricate tools. It is no surprise then that new generations create new words. Every year technology and culture change and language changes because people need to talk about the world around them.

In fact, slang has most likely existed throughout every generation. Here are a few simple examples:

It is not unusual for slang words to exist. Over time, languages evolve through the adoption of new words and decay or changes in the meaning of existing words. Isolated populations often manipulate languages to fit their needs, and as decades and centuries pass, the previous version of a language may even be unintelligible to those who now speak it.[21] So, what you’re witnessing when you hear a new word being introduced into a younger generation’s vocabulary, is the real time development of language. It could even be argued that there really is no such thing as slang. Slang presupposes a fixed form of language which is “correct”, while other forms of communication are incorrect.

Spoken English was sort of fossilized because it had to be when the printing press was invented. In order to print large quantities of books on a prefabricated machine, particular spellings had to be decided on. Thus, much of English’s current character as a language can be attributed to London’s William Caxton, and his printing press.[22]

The effects of the printing press still echo through our current reality. This does not change the fact that people persist to use language however it pleases them. Especially young people. We should not be surprised to see this taking place. It is an exercise in the same cognitive abilities that led our species to create language in the first place. The idea of “proper English” should almost feel more bizarre to us than the idea of slang.[23] Slang is natural to humanity and will continue to develop and change as long as we’re talking with one another.