Our Fascination With Body Language

Is there a way to know how someone is feeling by simply looking at them? A quick internet search of the words “body language” will produce a slough of articles, books and interviews which claim to reveal hidden mysteries about human body language. Practitioners in this field usually make claims that with proper training, we can either detect clues or manipulate body language in a way that is beneficial to us.

Firstly, why are we so fascinated with the idea that subconscious messages are embedded in people’s unspoken behavior? Perhaps the answer is simple and humans just want to be able to understand one another more easily. However, the first question leads to another question. Are we not naturally capable of understanding body language without outside help?

It’s obvious that people are enchanted by the idea of cracking the code. So, there must be something here worth discussing, but before doing so any further, it will be helpful to establish a working definition of the term “body language”. Then, we will look at what our bodies are truly saying about how we feel, and how we can use that information to help us navigate life.

What Is Body Language? 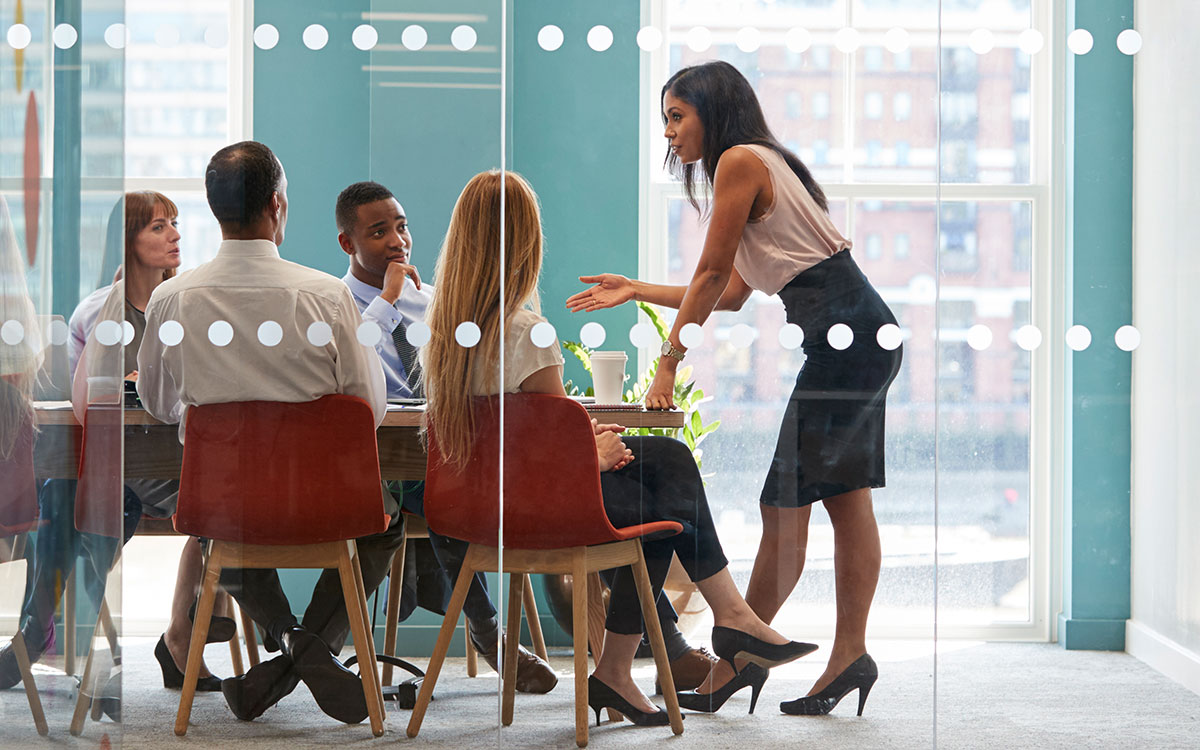 The following definition itself is more of a system of classifications, which turns out to be thoroughly interesting on its own. Jianxue Yin defines body language by beginning with one overarching rule and four following categories.

The overarching rule is this: body Language must happen within social intercourse. This means situations wherein people are interacting with other people. Written and spoken language necessitate conditions of communication between people and body language is no different. The following four categories classify body language in ways most people have always recognized but never defined.

Imagine that a person eating dinner with friends in an upscale restaurant takes their first bite of very hot food and their mouth is burned. The person who has just taken a bite of food is most likely going to display body language that is a mix of physiological, dynamic, independent body movement for regular occasions.

In another scenario, we might Imagine a woman who is directing traffic at an intersection when a boy waves at her from a car window. The woman directing traffic will have been using symbolic, dynamic, independent body language for special occasions. Then, as she is greeted by the boy she will have to decide if she will momentarily respond with a wave, which would blend specific and regular occasions together.

Other Ways To Classify Body Language 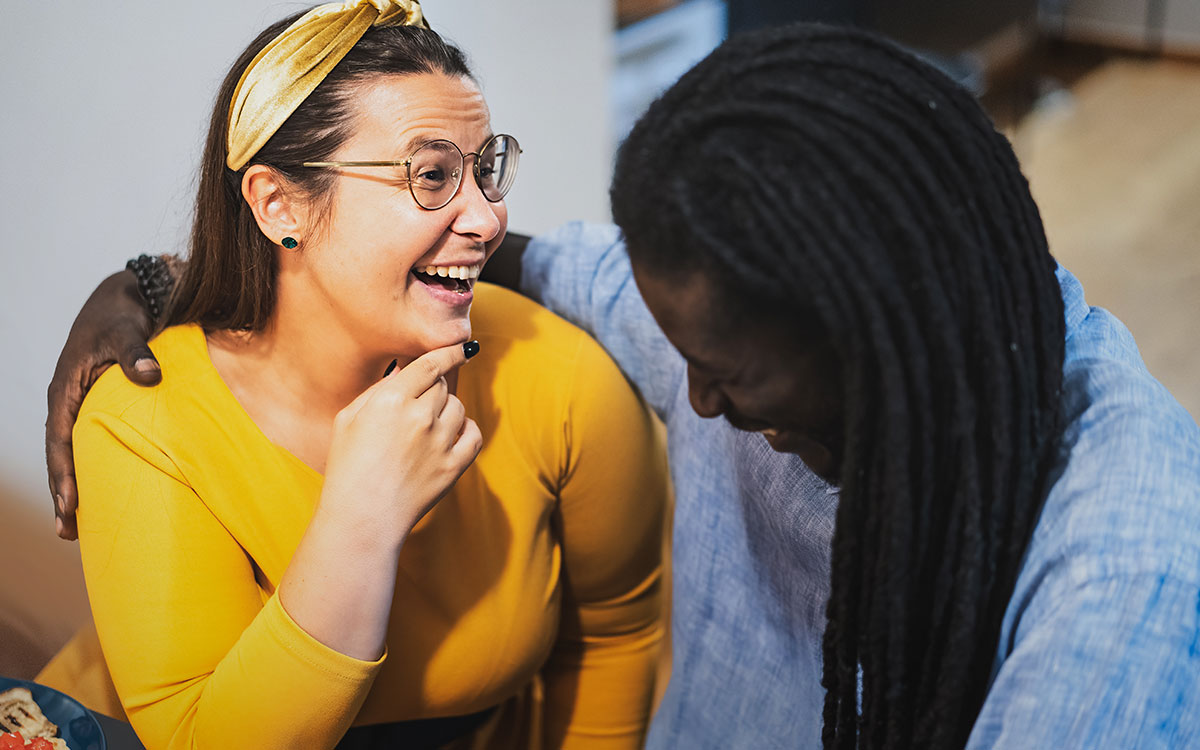 Yin’s system for classifying body language is of course, not the only possible way, but it is thorough and helpful. Attempting to find a good definition of body language isn’t as easy as one might imagine. In fact, defining body language is so difficult that various fields of study have been dedicated to the task. Other ways to define body language include kinesics, proxemics, and haptics. Kinesics is close to body language as we think of it in popular culture, that being: non-verbal cues which transmit meaning. Proxemics focuses more specifically on how close or far people are in social situations. Haptics studies how humans communicate with one another using touch.

It may seem silly to go to such great lengths to define body language. However, the formal study of body language is relatively young and undefined. Some people market themselves as expert interpreters of body language but don’t necessarily have pertinent qualifications to make such assertions. 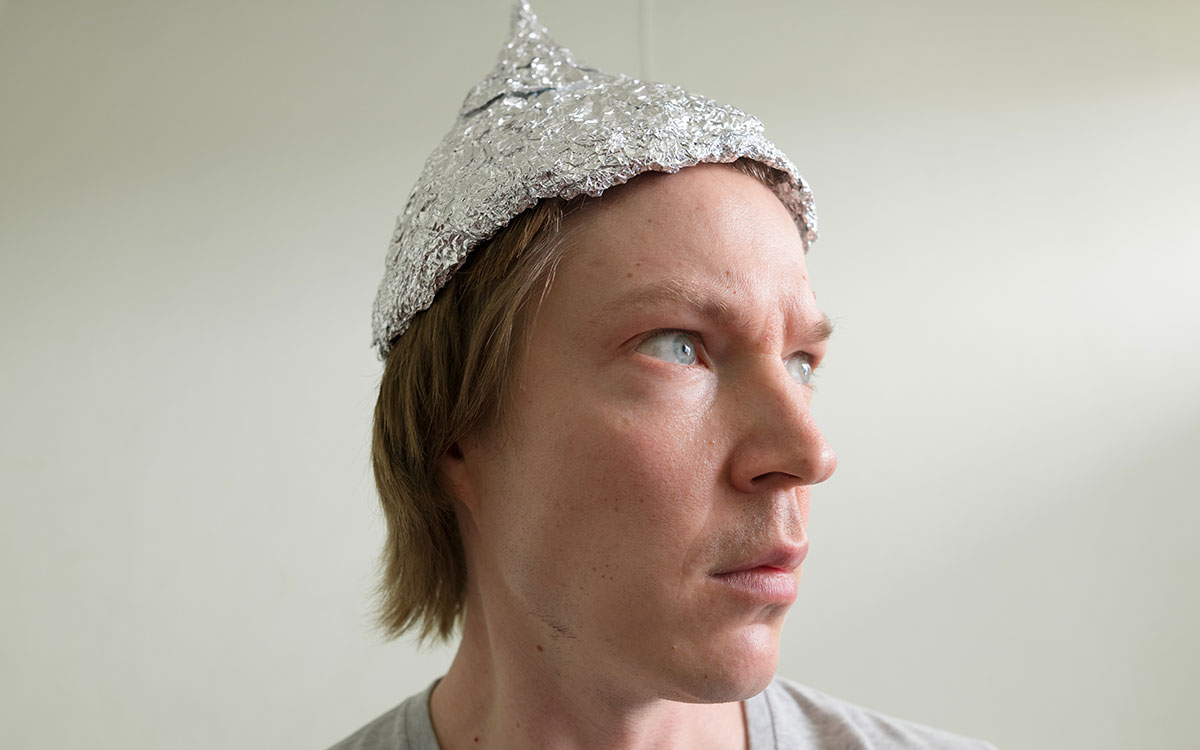 As mentioned in the beginning, a search of the words “body language” on the internet will result in numerous methods for reading people’s unspoken intentions. Words like “decode”, “deceptive”, “secret”, “tricks”, “hidden”, “uncover” and “reveal” pepper the internet’s search suggestions.

One of the most common false claims about human interaction is that 93% of our communication is nonverbal. This conclusion is drawn from Albert Mehrabian’s work. He is misquoted as saying that our body language conveys 55% of our message and our tone of voice conveys 38%. So, the 93% is composed of those percentages added together, leaving only 7% to words themselves. However, Mehrabian said in an email:

“I am obviously uncomfortable about misquotes of my work. From the very beginning I have tried to give people the correct limitations of my findings. Unfortunately the field of self-styled ‘corporate image consultants’ or ‘leadership consultants’ has numerous practitioners with very little psychological expertise”

Other claims usually say something like… if a person moves in an “X” way, it can always be interpreted as “Y”. For instance, if a person presses their lips together, they’re bothered by something. Or, if someone lightly touches their forehead, they’re feeling ashamed of something. The allure of these ideas is that we may simply be able to memorize what each signal means, enabling us to interpret the feelings of people around us.

Popular culture perpetuates ideas that while watching politicians during debates, or celebrities on the red carpet, we can detect deception. However, several decades of cross-referenced data only concludes “no reliable non-verbal cues to deception have to-date been identified.” Similarly, gestures made by head nods, hand movements, leg positioning, and posture are all dependent on culture. As such, any body language guru would need to be intimately acquainted with the person they were observing and their culture in order to draw accurate conclusions.

It would be helpful to definitively know what another person is thinking on a first date, or in an important meeting but it’s just not that simple. As humans, we know that there is some truth in these sorts of assertions, but we should use common sense when “reading” others.

In the same way that the word “date” can refer to a calendar day, a romantic outing or a fruit; gestures can have multiple meanings. Because of this, scientists have been trying to determine which emotional expressions are the same for all people, in all cultures. Luckily, there are a few such facial expressions which we can use as a foundation when analyzing the emotions of others. 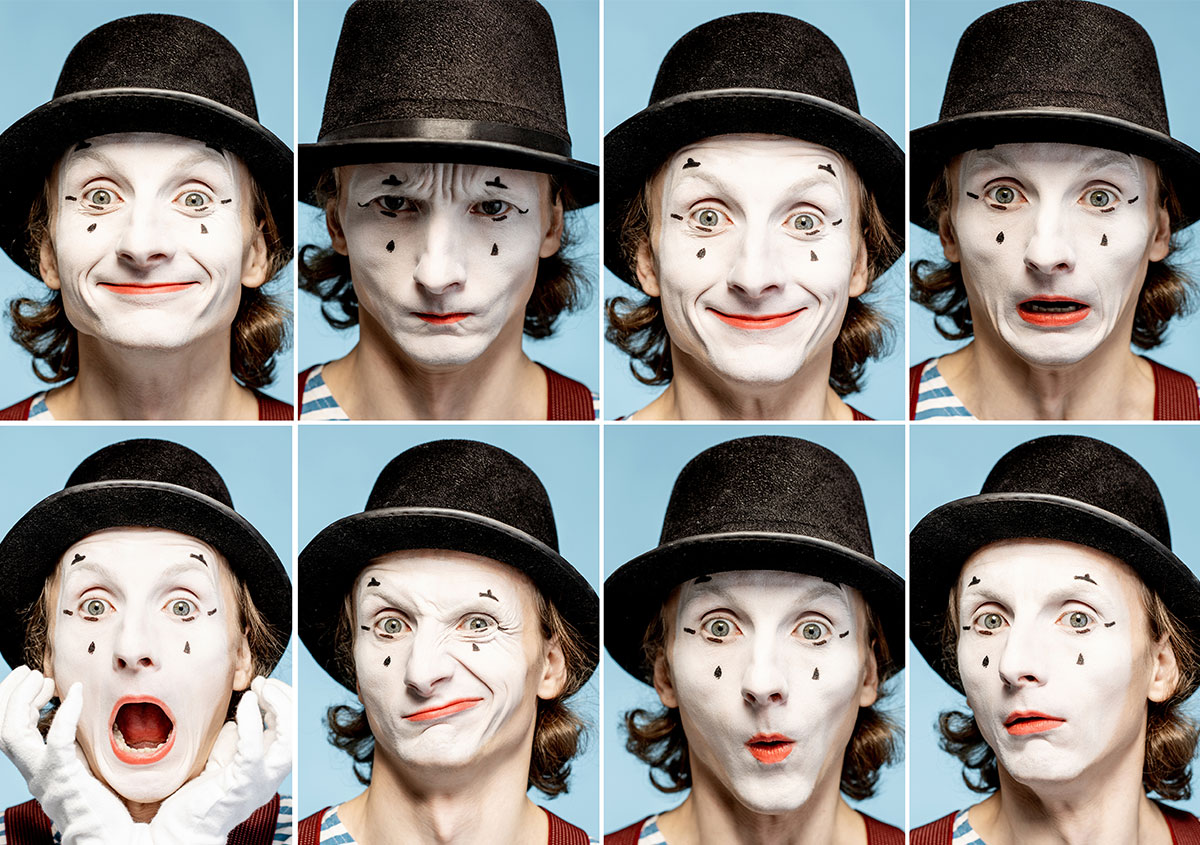 Studies were first conducted in the 1960’s and 70’s which were aimed at determining facial expressions that are universally shared by all cultures. These studies have been replicated multiple times by various researchers since then and continue to find that humans do exhibit recurring expressions which can be reliably used to read emotions. These are the seven expressions:

These studies even found that people who were blind from birth display emotions using the same facial expressions as people who can see. When thinking of how to “read” human emotions reliably by looking at people, these universal facial expressions are a good place to start. However, like spoken languages most body language requires knowledge of a specific culture to understand.

Aside from these universal facial expressions, other body language cues are developed over time and determined by cultures. In Greece for example, it is common to indicate “no” by slightly tilting the head directly backwards while briefly sucking your teeth. India uses a sophisticated system of head nods combined with eyebrow position to communicate a range of emotions from agreement to skepticism. In Japan, people might wave a hand to gesture “come here” in a way which would appear to an American to mean “go away”.

These are only three examples of symbolic gestures which have distinct meanings that are dependent on their culture of origin. It’s easy to imagine that there are hundreds, if not thousands, of other more subtle body language cues that are unique to each culture. The good news is, like spoken and written language we have the innate ability to know what people are saying with their bodies.

How We Read Body Language

As it turns out, most people are actually quite good at reading body language and begin to learn to do so at a young age. Some experiments have concluded that babies as young as 7 months old are already developing the skills required to decipher the emotions of others.

As people, we are equipped from the very beginning with the skills necessary to evaluate the embodied gestures of our peers. In fact, as a species we evolved with the capability to successfully interpret body language without even thinking about it.

What all this means, is that we do not need to seek out expert advice to comprehend the body language of other people. In the same way that we unconsciously use our bodies to emote, we also unconsciously absorb emotional information about other people. Like written and spoken language, it is a skill which improves with age. Simply put, we are constantly reading body language whether we want to or not.

Can Your Posture Change How You Feel? 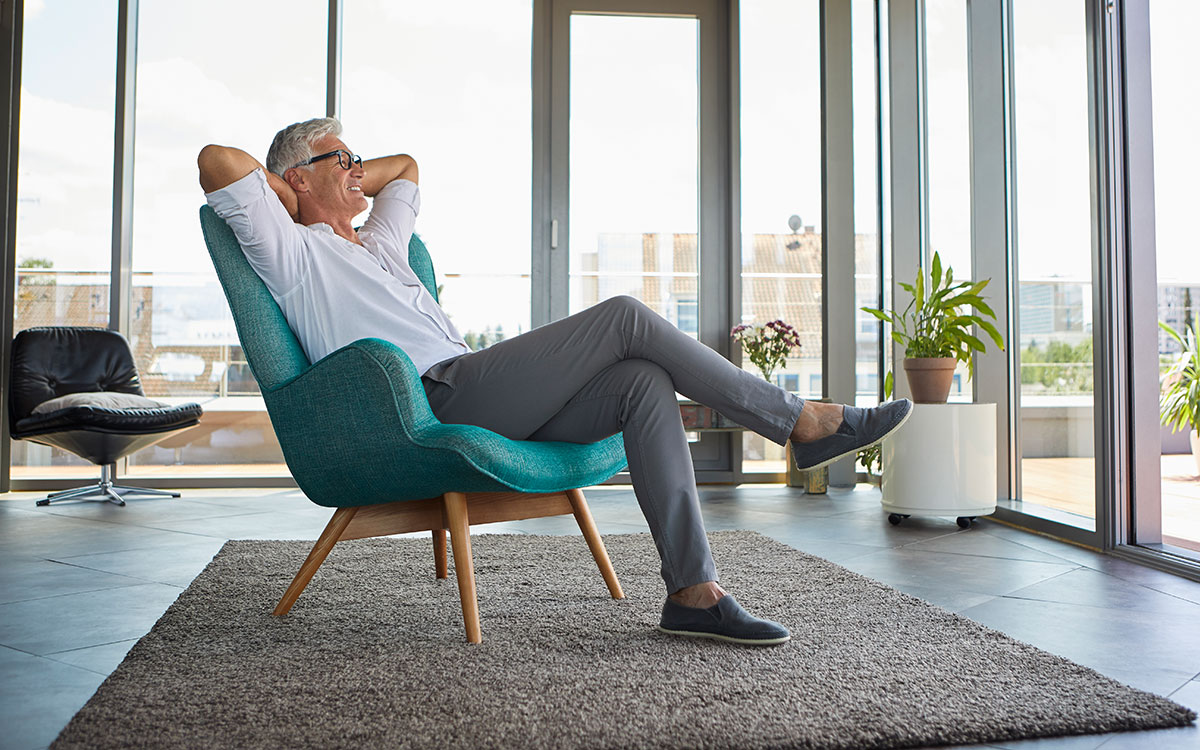 As a final note, let’s look at Amy Cuddy’s overwhelmingly popular Ted Talk from 2012. In it, Cuddy claimed that a person’s body language not only communicates a message to those around them, but also to themselves. As a result of this, Cuddy essentially purports that we can fake it until we make it by assuming a posture which will improve our mood. The question is, can we make ourselves feel powerful by standing or sitting in a powerful pose?

Cuddy’s research goes on to say that if people hold “high power poses” for two minutes their testosterone will increase, causing people to feel more powerful, and their cortisol will decrease causing them to feel less stressed. The idea became so pervasive that it was even featured in Grey’s Anatomy. Cuddy’s research came under intense scrutiny which compelled her to reevaluate and support her findings with more evidence. She eventually published a rebuttal to the naysayers.

How Non-Verbal Communication Benefits You

In the end both Amy Cuddy’s work, as well as the work of other body language experts is exciting because it helps us understand ourselves more clearly. As a species, we can trust our instinct within reason when it comes to deciphering people’s gestures, posture, and body movements. Furthermore, if you want to feel less stress and more power, Cuddy’s power posing has been redeemed and it certainly doesn’t hurt to give it a try. The fact of the matter is, body language is deeply rooted in who we are as humans. Some gestures are universal while others are assigned meaning by cultures over time. Either way, body language is here to stay and the good news is, you have the tools to decode it.