The Many Languages of Spain

Throughout most of the world, the language spoken in Spain is known as Spanish. However, many people in Spain actually refer to their language as “Castellano” or “Castilian” in English.[1] This name is derived from the name of the region where the language first came into being. The Castile region of Spain makes up more than one quarter of the Spanish mainland. The name “Castile” unsurprisingly means “land of castles”, and harkens back to a time when Monarchs ruled the area.[2]
The distinction between “Español” and “Castellano” is not the only one which needs to be made when it comes to the languages spoken in Spain. In fact there are actually 7 commonly spoken languages throughout Spain, each having its own political and geographical influences, and history.[3] These are the seven languages:

These languages are usually associated with, and used in particular geographic regions of the Spanish mainland. Castellano is spoken widely in the center, while the other various languages are spoken in areas closer to the borders of Spain.[4] Each of the varying languages of Spain are roughly associated with the different kingdoms that existed in Spain before the country was united when Isabella the 1st of Castille married Ferdinand the 2nd of Aragon in 1469.[5] This marriage resulted in Castilian or Spanish, becoming the official language of the region.

The Evolution of Latin 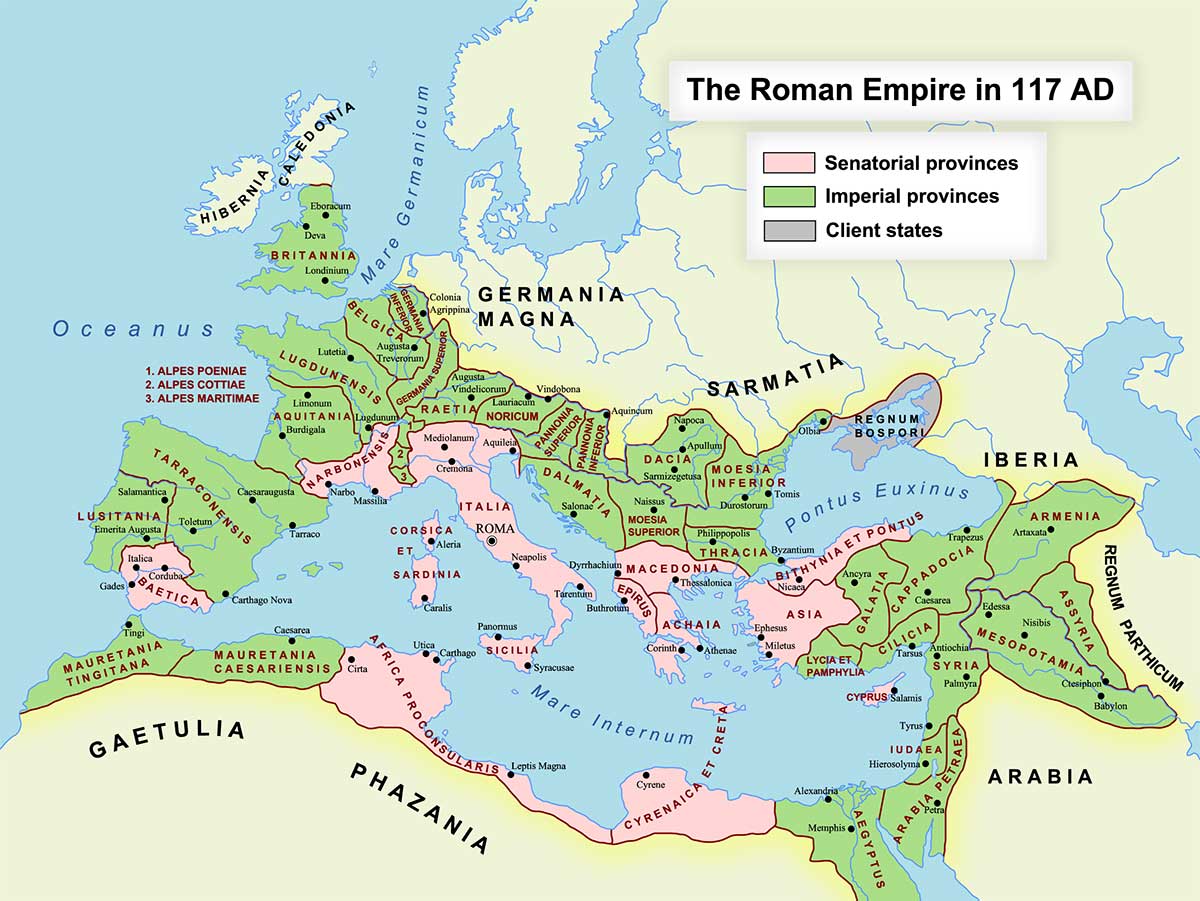 Before many of the Romance languages existed in their current forms, Latin was the dominant language spoken throughout the Roman Empire. This type of Latin is now referred to as “Vulgar Latin” and sometimes called “Later Latin” as well.[6] This is a designation given to the final form of Latin which was being spoken in roughly the 3rd Century onward, that eventually developed into multiple languages. This change in Latin was amplified when the Roman Empire collapsed and the political unification that had once encouraged the empire’s lands to speak the one language, no longer held it together. This period led into the middle ages.[7]

The Story of Castilian 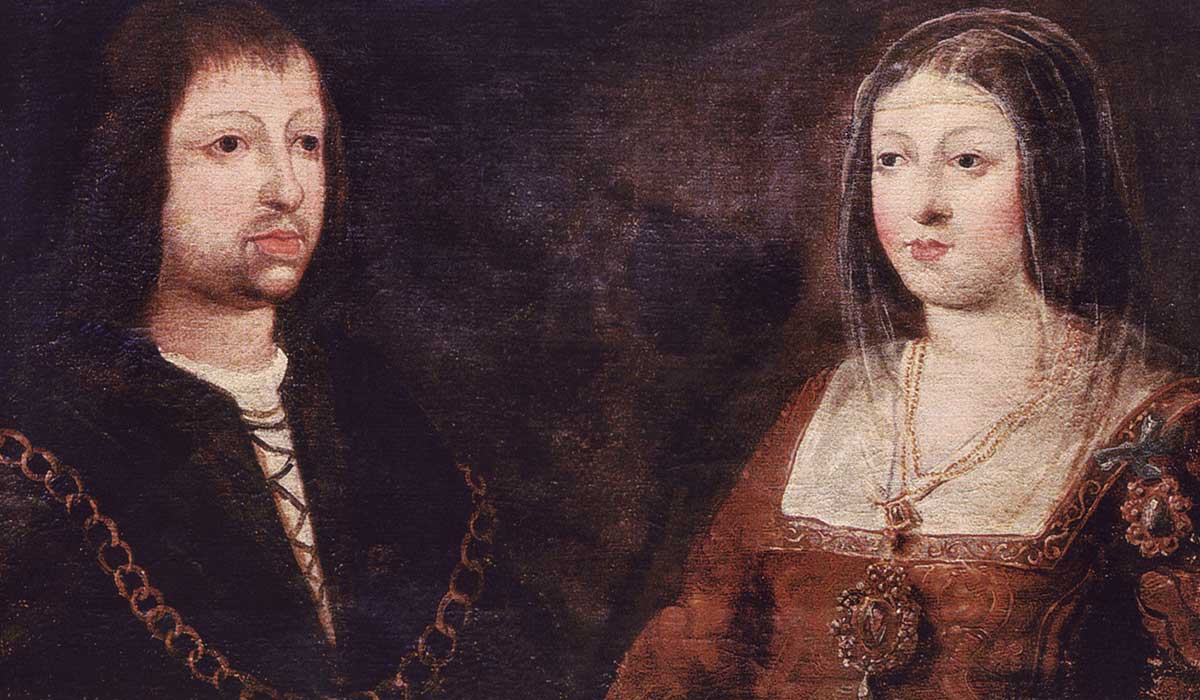 Castilian was initially birthed as a dialect of the Latin being spoken on the Iberian Peninsula. During the middle ages, Vulgar Latin was being spoken in geographical isolation on the Iberian Peninsula, causing the language to transform[8] This is because people speak in the same way as the people near them, with whom they regularly converse. With the Iberian Peninsula being politically and geographically disconnected from the rest of Latin-speaking Europe, its people began to develop “Old Spanish”.[9]
The Arabic language also had an undeniable influence on Spanish. The Moors from modern day Morocco and Mauritania conquered and ruled the Iberian Peninsula between the 8th and 15th centuries.[10] The result of this being several thousand Spanish words still finding their origins in Arabic.[11] Some examples of these are sugar (sukkar), murderer (ḥassassin), and guitar (kithára).[12] The Castilian Monarchy eventually succeeded in efforts to expel the Moors from the region in the 1200’s but the Arabic influence remained.[13]
The aforementioned unification of Isabella the 1st of Castille and Ferdinand the 2nd of Aragon resulted in the largest kingdom in Spain. Much in the same way that the Roman Empire established Latin as the official language, Isabella and Ferdinand’s kingdom became the most powerful one on the peninsula, making Spanish the official and most widely spoken language in the nation. However, other languages continued to be spoken in small pockets.[14] 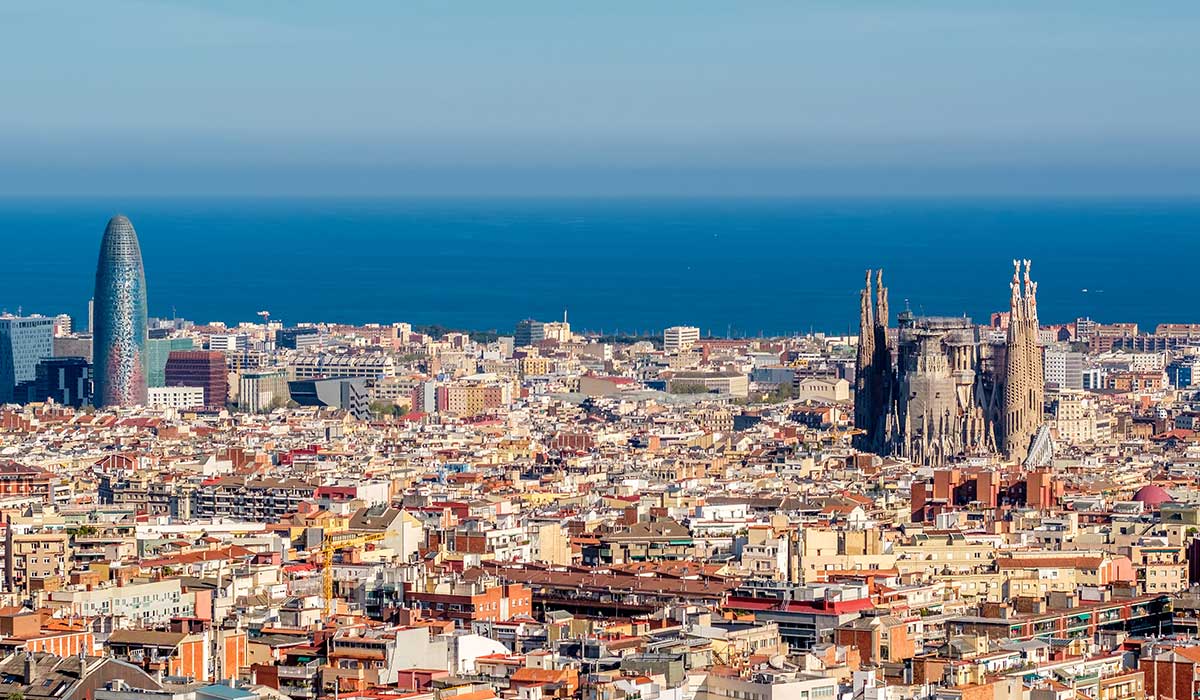 Much like Castilian, Catalan emerged out of Vulgar Latin between the 8th and 10th centuries. Catalan is still the second most widely used language in Spain today, with about 7 million speakers.[15] Catalan was originally the language of the area known as Catalonia which lies in the Northeast corner of Spain, bordering France and Andorra to the North, Valencia to the South and The Mediterranean Sea to the East.[16]
Despite Castilian being the prevailing language of the region, Catalan survived through the centuries. From 1939 to 1975 Francisco Franco set up a military dictatorship in Spain and even tried unsuccessfully, to align himself with Hitler.[17] During his dictatorship, General Franco completely banned the use of Catalan. The language, which is the mother tongue of many people throughout the region, was not even allowed to be used in telephone conversations. After Franco’s death in 1975, Spain transitioned into democracy and Catalan was again recognized as the official language of Catalonia in 1979.[18] 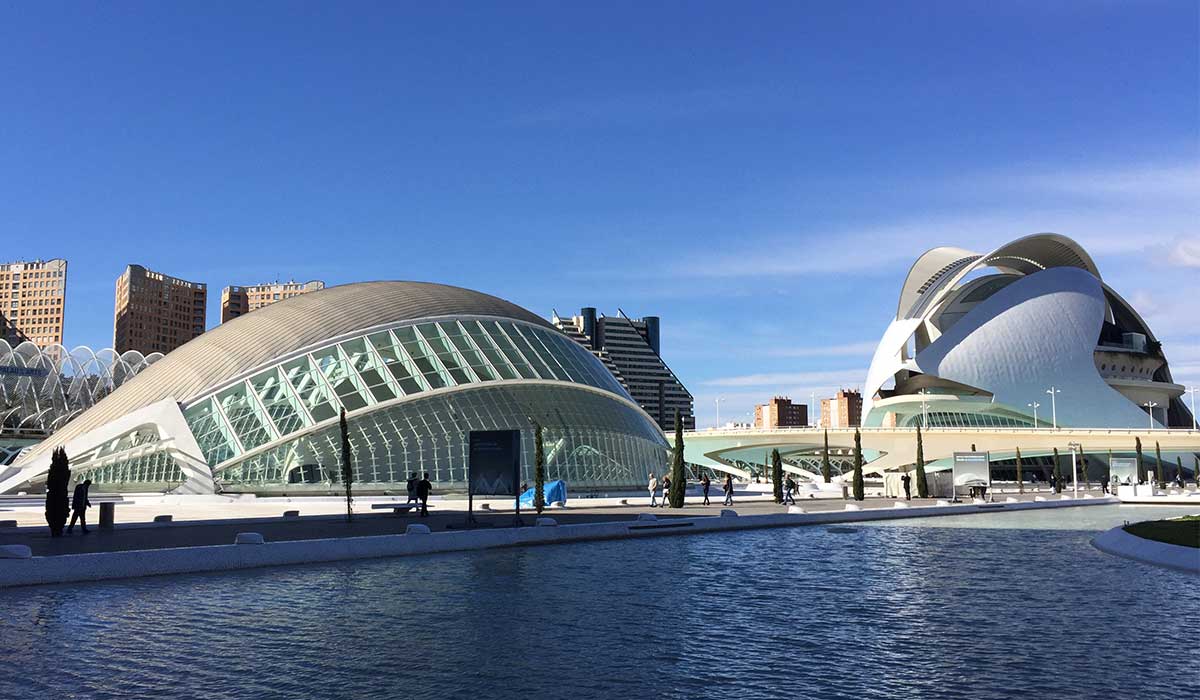 Valencian is the official language of the Valencian community, and like Catalan, belongs to its specific region of Spain.[19] Whether or not Valencian should be considered a language apart from Catalan, is actually a source of debate amongst many Spaniards. About half of the people who speak Valencian consider it to be its own language. The other half simply consider it to be a dialect of Catalan. Linguists classify the language as officially being the Western dialect of Catalan.[20] For some, this debate is an important one, and attempts have even been made to have Valencian officially severed from Catalan. These people are known as “Valencian Secessionists”. An incredibly in-depth review of this debate was conducted by the Catalan Review Journal in 1995 which can be downloaded here.[21] 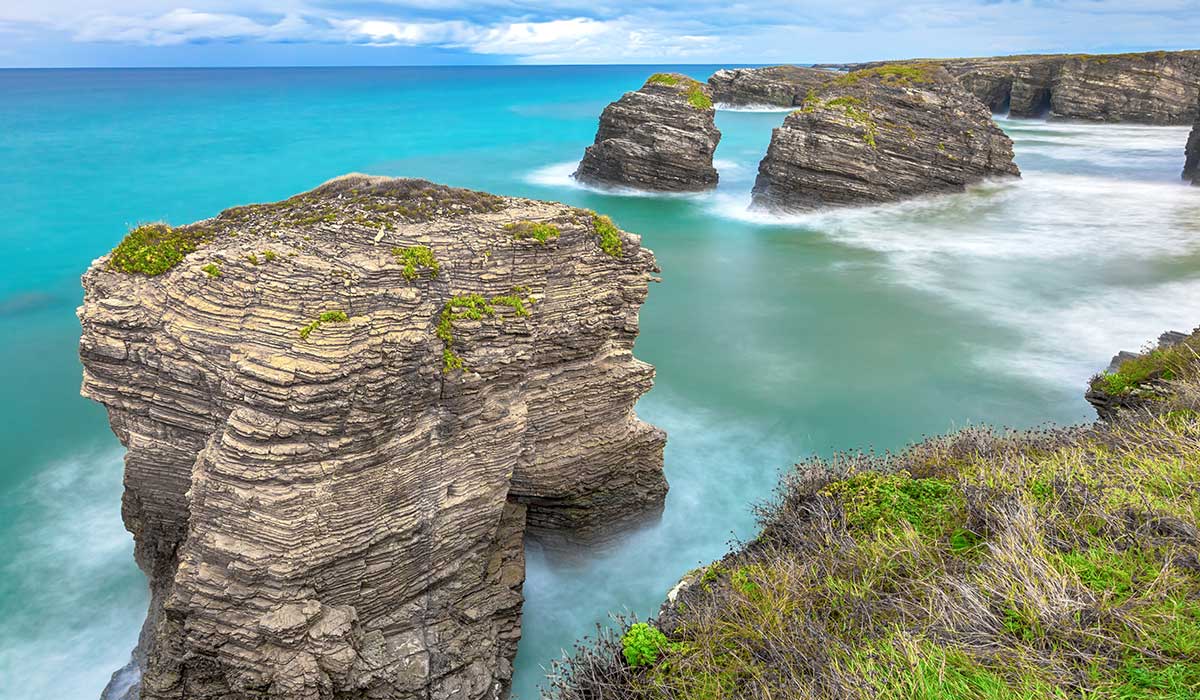 Galicia, like Valencia, is an autonomous region of Spain which contains within it, the provinces of Lugo, A Coruña, Pontevedra, and Ourense. Much of Galicia enjoys a coastline on the Atlantic Ocean. To the south of the region, Galicia borders Portugal which is why the language shares many similarities with the Portuguese Language.[22] Galician was historically a dialect of Portuguese and was used as the official language of the Kingdom of Galicia until the 1400’s. Galician lost much of its momentum when Isabella and Ferdinand united Spain in 1469. Despite this, Galician is still spoken as the home language of around 4 million people![23] 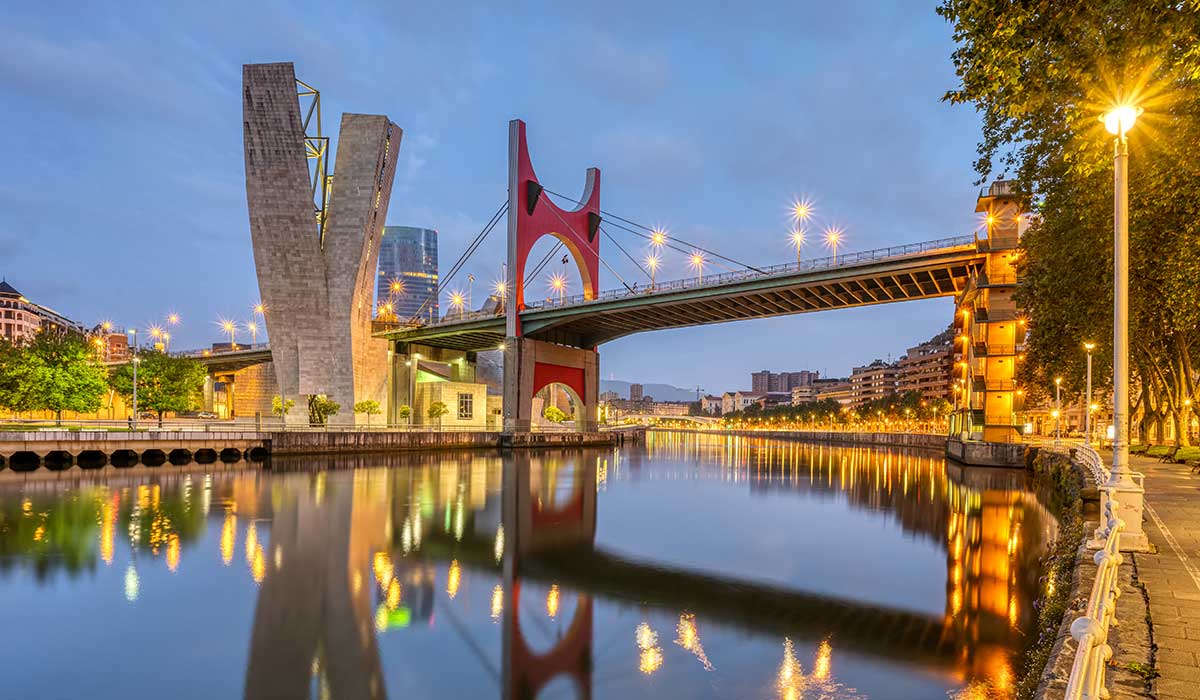 Basque, which is also known as Euskera, is particularly fascinating because it is the only surviving language that still contains remnants of the languages that were used in Southwestern Europe before the Roman Empire conquered the region in the 2nd century BCE.[24] In fact, linguists consider the language to be a mystery and have difficulty tracing its origins to a definitive root, making Basque a “Language Isolate”. This means that Basque is unrelated to any living language. Basque’s origins could be as old as 12,000 years.[25] The latest figures estimate that around 900,000 people still speak Basque today.[26]

Aranese is controversially understood by some as a dialect of Occitan. The language is spoken in a very small town called Val d’Aran which is located in the Pyrenees mountains. Val d’Aran is on the Southern side of the mountain range, and the Northern side borders France. People in the Aran Valley are quite passionate about the fact that their language is not French or Spanish.[27] In 2010, Aranese was officially recognized as the third official language of Catalonia alongside Catalan and Spanish.[28] It is estimated that only around 5,000 people speak Aranese, making it an endangered language.[29]

Extremaduran is spoken in the autonomous community of Extremadura, a landlocked region of Spain lying East of Portugal. Extremadura comprises the Cáceres and Badajoz provinces.[30] Over time, the Extremdaruan people have attempted to have their language officially recognized much like Aranese, but they have been unsuccessful in their efforts.[31] In 2013 however, a film was produced in Extremaduran which was a heartfelt, if not official success for the Extremaduran people. The film is titled “Territoriu de bandolerus” and you can watch the trailer here. Estimates regarding the number of people who speak Extremaduran range from 200,000 to 1.1 million.[32]

The infamous Spanish conquests of the Americas have resulted in Spanish being widely spoken throughout the entire world, but the situation is not as simple in Spain. Despite 7 different languages being identified here, there are surely some who would disagree with this assessment. This is because languages are vehicles for cultural identity. Passion motivates people to advocate for the secession of their languages from related languages. People defend their language’s autonomy even when it’s not officially recognized by the state, because they are defending their heritage. Some might argue that Spain has more than 7 languages, or perhaps less. No matter the case, Spain is rich in linguistic history and diversity.