6 Idioms You Didn’t Know Were Religious

Have you ever heard someone say, “they really went the extra mile” when referring to a job well done? If so, you might not have realized this idiom was extracted directly from the mouth of Jesus. This is not the only religious phrase that’s infiltrated our vernacular. Before we delve into more examples, let’s back up.

Whether you are religious or not, it is impossible to ignore the impact that the religions of the world have had on its languages. Some scholars reason that it was language itself which made religion possible.[1]

Religion at its very core, requires more than one person to agree upon an idea. In order for humans to collectively agree upon an idea, they must be able to first transmit the idea from one individual mind, into the minds of several people. This is the job of language. If you think of this in terms of travel: language is what gives ideas a passport to move among minds.[2]

As far as religion goes, language gave early humankind the necessary tools to share their religious ideas in a community. It is language that allowed our ancestors to agree upon religious truths and develop religious rituals in a group.

This relationship between religion and language remains in everyday life. Our languages are still charged with religious imagery, symbolism and phrases. Sometimes we are aware of it, and other times we aren’t.

“Hallelujah” is a one word phrase that nearly any person understands as an expression of gratitude, excitement or relief when one’s circumstances are unexpectedly pleasing.

The word is so unanimously understood however, that people may be unaware of the fact that they are literally praising God. The “Jah” in Hallelujah is a shortened form of the Hebrew word for God, “Yahweh”. The first half of the word, “Hallalu” is the plural form of the Hebrew word for “praise”. When you combine them, you’ve got “Hallelujah”. Which can be translated to “Praise Yahweh”. [3]

The word “Hallelujah” has not only entered the vernacular of English and other Latin-based languages. Here is a list of the word Hallelujah, translated into over 70 languages.

So next time you finally find your car keys, or have an unexpected free day and exclaim “Hallelujah!”, remember you are actually Praising Yahweh.

While these three phrases may not appear to be Jewish, or religious, they exist specifically as an effort to avoid breaking the Third Commandment, which reads, “You shall not make wrongful use of the name of the Lord your God, for the Lord will not acquit anyone who misuses his name.” [4] You might say “Gosh darn it!” when you drop your earring or coffee cup to avoid saying something with more eternal consequences.

“Gosh” and “Golly” are euphemisms for “God” , and “Geez” is a euphemism for “Jesus”.[5] While Jesus is not recognized as God within Judaism, Christians adopt the Ten Commandments from Judaism as their own. Consequently, blurting out “Geez” is another way to avoid using God’s name flippantly. So, we see Judaism’s 10 commandments still have a rippling effect on our language in the present day. 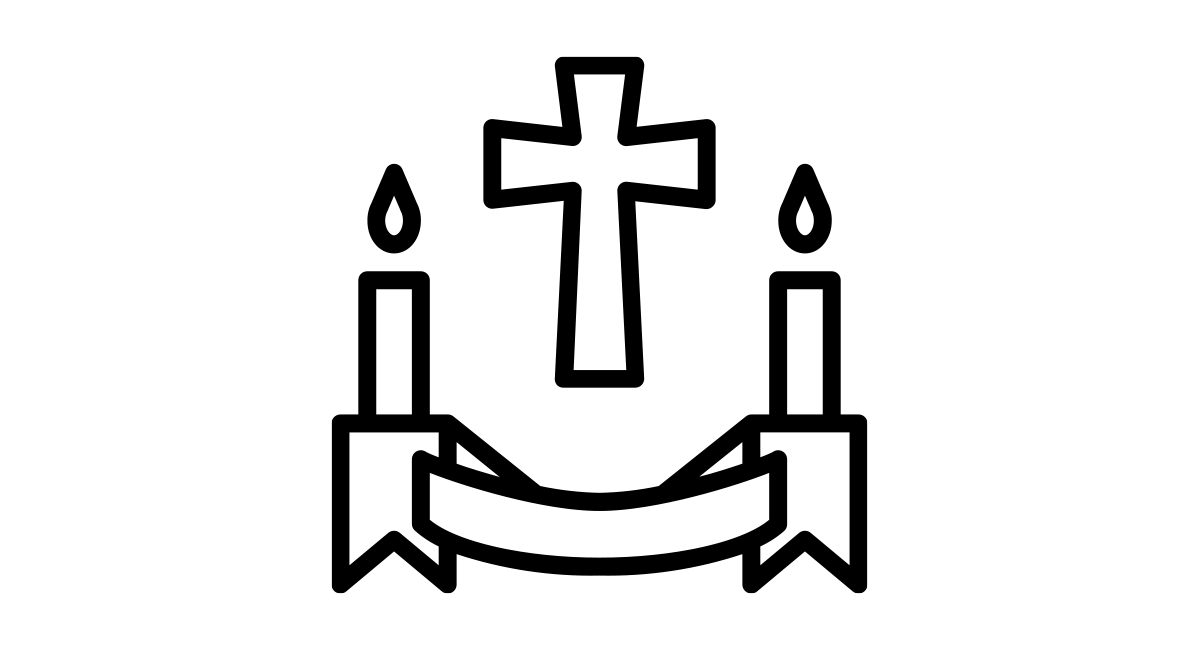 As stated before, you may not have known that “going the extra mile” is an idiom repurposed from Jesus’ instructions in Matthew 5:41, stating “…if anyone forces you to go one mile, go also the second mile.” [6] Jesus was referring to a law that allowed Roman soldiers to persuade any subject of Rome’s many occupied territories, to carry their belongings for one mile.[7]

It’s hard to determine exactly what Jesus meant. Perhaps he was encouraging subversion of the occupying powers through kindness. Or, maybe he was convincing his followers to reclaim some personal power, rather than letting an external force determine the course of their day. Either way, most people in English speaking countries have a clear understanding that “going the extra mile”, means doing more than what’s expected of you. However, maybe you didn’t know its roots were in Jesus’ Sermon on the Mount!

If The Lord Tarries

“If the Lord tarries” is another idiom which exemplifies Christianity’s influence on everyday language, although it is slowly becoming outdated[8]. This particular idiom is worth mentioning because it is related to the idiom: “Lord willing”, but it’s more quirky and perhaps even more fun. While the phrase: “Lord willing” refers obviously to humanity’s inability to predict the future, the meaning of the saying, “If the Lord Tarries” has a less obvious history.

The idea of the Lord tarrying, or in other words waiting, springs up from a lesser-known doctrine called The Rapture, which is specific to evangelical Christianity. Now, you might be asking yourself “If the Lord waits to do what?” The answer is, to return to planet Earth!

His first trip to Earth was the one we’ve all heard about. The second trip to Earth that Jesus may charter, is called the Second Coming, and is generally believed to be a time when Jesus will tie up his loose ends with Humanity.[9]

The Rapture itself is a very specific moment that is believed by evangelical Christians to be the commencement of the Second Coming of Jesus. It is the eschatological belief that true believers in Christ will literally ascend into the sky to meet Jesus as he descends to Earth, upon his Second Coming. The term Rapture never actually appears anywhere in the New Testament, but the concept is adapted from Thessalonians 4:16-17, which states “For the Lord himself, with a cry of command, with the archangel’s call and with the sound of God’s trumpet, will descend from heaven, and the dead in Christ will rise first. Then we who are alive, who are left, will be caught up in the clouds together with them to meet the Lord in the air…”

This idea of potentially being “caught up” by God at any given, unpredictable moment, is what led to people begin saying “If the Lord tarries”. How are you supposed to plan to go to the movies on Friday night if Jesus may come at any time to snatch you from your earthly home, into the clouds? Thus, people who believe in The Rapture were compelled to say something more like “We will go to the movies Friday night, if the Lord tarries” 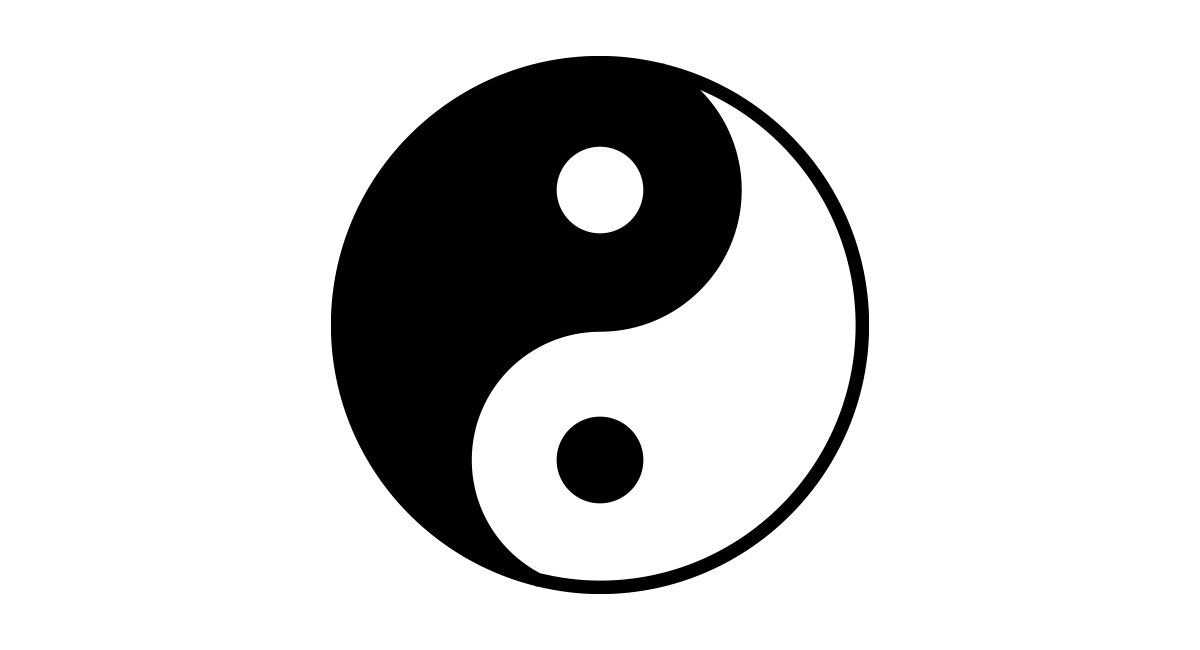 May The Force Be With You

Religion’s influence on language is not limited to Judaism or Christianity. If you’ve ever jokingly said “use the force!”, or celebrated Star Wars Day on May 4th (a holiday which originated from the pun “may the fourth be with you”), you deliberately alluded to Star Wars. But, you may have unknowingly employed a reference to Taoism.[10] Taoism is an ancient Chinese religion that dates back to 500 BCE. The primary text of Taoism is the Tao Te Ching which can be translated as “The Way and Its Power” and is attributed to the philosopher Lao Tzu.[11]

The similarities between Taoism and the Force are too vast to be covered here. Suffice it to say that Taoism is founded upon the belief that the Tao, which is translated as “the way”, is the ultimate creative source that holds all of reality together. Similarly, The Force is defined by Wookipedia as “an energy field created by all life that connected everything in the universe”. [12]

George Lucas admits openly to having drawn from ancient religious traditions when conceptualizing the mythos of The Force.[13] These similarities make clear the linguistic lineage that connects eastern philosophy, and the now-idiom “May the Force be with you!”, which has become pop culture vernacular.

In fact, the drummer Questlove, relayed the story of D’angelo (a famous 1990’s r&b songwriter), encouraging him to “use the force!” when they were recording D’angelo’s album VooDoo. [14] So the next time you hear someone say “May the Fourth be with you”, “use the force!”, or even the next time you listen to D’angelo, remember that there is a linguistic tie all the way back to ancient Taoism.

You may have heard someone say “It’s yin and yang!” in any number of contexts ranging from a description of twins who are nothing alike, to the seemingly good and bad parts of life. Similarly, 1990’s kids were obsessed with the symbol, even though they most likely had no idea what it meant. [15] The concept of Yin and Yang is more nuanced and complex than you may realize when you hear it during yoga class.

It’s clear to most people when they hear “Yin and Yang” that it vaguely means something about the dark and light sides of life, but they may not be aware that it has origins in ancient Chinese philosophy and religion. The concept dates back to the 3rd century BCE and posits that all things within the universe exist as indivisible, even if they seem to be in opposition to one another. Some examples are dark and light, feminine and masculine, hard and soft, young and old, and so on.

Original uses of the concept manifested in Taoism which favored Yin (feminine, soft, moon), while Confucianism favored Yang (masculine, hard, sun). In Chinese mythology, Yin and Yang are almost like characters that were born from chaos and take residence in the center of the earth.[16]

So the next time you hear someone describe different personality types as being like “Yin and Yang”, remember that it’s roots date back to ancient Chinese mythology, philosophy and religion.

As you can see, the influence of religion on language spans across the globe, and reaches through time. A person may not be religious, but they perhaps use phrases and idioms that would not exist without religion. These religious references are sometimes intentional, but are quite often unintentional; making religion’s influence on language even more interesting! Maybe next time you say “May the Force be with you” or “they really went the extra mile”, you’ll realize your place in linguistic history!