Flashback to ten years ago and imagine hearing someone say, “She had to ghost him because his side hustle in the metaverse was sus.” You would think this was either utter gibberish or perhaps there had been a murder of some sort – “She turned him into a ghost?” In the present day and age, however, not only is that phrase coherent, but all of its components are bonafide words in the dictionary.

What Counts as “The Dictionary?”

Now, before we talk about how a word makes its way into the dictionary, we should clarify that there is no single omnipotent dictionary. English of course has its prominent dictionaries, such as the Oxford English Dictionary and Merriam-Webster’s, Spanish has the Diccionario de la lengua Española, and French has its Dictionnaire de l’Académie française, but saying that a word was added “to the dictionary” is a bit of a misnomer because there are countless valid and useful dictionaries in nearly every language in the world. What’s more, a word not being in a mainstream dictionary does not make it any less of a word. The words themselves hold all the power; the dictionaries just showcase them.

The Process for Adding a Word to the Dictionary

So what path must a burgeoning new word travel in order to earn entry into the illustrious halls of a major dictionary? And who decides whether or not a word is worthy? Essentially, we decide, meaning you, me, and everyone else in the world. There are, however, gatekeepers.

We go first, as we latch onto a new word either through circumstance (vaccine passport), a technological development (deepfake), or something else altogether (adorkable). If we use the word enough, be it in Russian, Polish, Korean, etc., it will pop up on the radar of the gatekeepers (lexicographers). These ever-vigilant dictionary editors take note of these words, either via a process known as “reading and marking,” where they find and catalog potential new words, or through direct submission from the public. Potential new dictionary entries earn a citation, which is an online and physical record of the word, where it was used, and how it was used in that context. Once a word has a citation, it is essentially in the running for wordhood.

New Words Must Meet Certain Standards to Get into the Dictionary

Words are competing with one another for entry into dictionaries, but it is not just a popularity contest. Though the details of the process vary by language and dictionary, lexicographers typically look for potentially useful words that have a fairly consistent meaning, are used by different audiences, and have what Dictionary.com refers to as “staying power.” So, for example, a new word describing contaminants in forensic electrophoresis might not be deemed useful enough for the general public. And a viral video catchphrase that lit up Twitter for a few days might not make the cut if editors believe it will fade into obscurity.

It should also be noted that “new words in the dictionary” do not have to actually be new words. For example, the word “ghost” has existed for over 1,000 years, but as a verb, its more contemporary meaning “to cut off all contact with (someone) abruptly and usually without explanation” was not added until 2017. And Dictionary.com’s 2022 Word of the Year? “Woman,” due to its evolving definition in relation to gender, identity, and society as a whole.

Now that we know how a word gets into the dictionary, one might also wonder if words can be removed. Absolutely, though it’s more likely a word gets relegated to “archaic” status. That means a footnote indicating that it’s fallen out of use, plus likely removal from a dictionary’s print edition.

The Process Varies Nearly as Much as Language Does

Decisions to include new words in the dictionary are not without controversy and occasional ridicule, and lexicographers are well aware that their choices will be critiqued by the masses. Editors face a double-edged sword, with older generations often scoffing at the inclusion of new-fangled pop culture slang, while younger users laugh at the addition of a word they quit using four years ago. This is partially by design, as editors must do their best to keep dictionaries current while also not throwing in every flash in the pan that is soon to be forgotten.

The most common complaint? The new words are too depressing. The Collins Dictionary 2022 Word of the Year was the oh-so-cheerful “permacrisis,” which comes hot on the heels of a barrage of pandemic and disease-related words. To their credit, dictionaries have done a good job of keeping up with recent global realities, reflecting the linguistic transformations that have accompanied the tenor of the past few years.

To balance out the Covid-heavy lexicons of late, some sillier, more lighthearted words have also recently made the cut, including baller, yeet, and meatspace. And while we may laugh at the seeming inanity of some newer dictionary words, a look back at previously added words shows us just how quickly language adapts and grows. The 1922 additions likely seemed bizarre at the time, but now “air traffic controller,” “eye shadow” and “pie chart” are part of almost all English speakers’ vocabularies. If we travel back just one hundred years more, we have some interesting additions for 1822 – “boyfriend,” “employee,” and “soulmate,” terms many would assume had been in dictionaries for millennia.

Sometimes it’s hard to believe we ever got by without certain words, like to google something. Other times, a word is just so pretty that it has to be included for posterity’s sake, like describing the sound of singing birds at daybreak as a “dawn chorus.” No matter what the language, words take on lives of their own, growing, testing limits, ultimately finding their niche. When they have that niche, lexicographers add them to the dictionary. 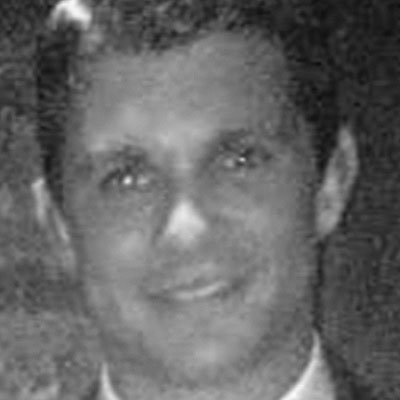 Justin Benton is a writer and English teacher based out of Colombia.
Back to Blog