Multilingual Classrooms: A Tool, Not An Obstacle For Education

All across the United States, and especially in metropolitan cities like New York City and Los Angeles, schools are filled with students who speak the language of their families at home, while completing classwork, interacting with teachers and making friends in English at school.[1] Often, this presents a very real difficulty for educators who are required to assure English proficiency for their students. This in turn yields an environment where multilingualism is perceived as an obstacle to education, rather than something to be celebrated or perhaps even a tool to be utilized.[2]

These difficulties arise from a multitude of sources. For one, parents who have immigrated to a place like New York City want their children to succeed in a school system and society where English is the primary language. As a result, those parents are sometimes concerned that speaking their native language will confuse their children. The New York City department of education even has a section of their website dedicated to this concern. The website states “Research has shown that there is no language confusion. Using a student’s home language is the best way for them to develop English. Students who learn in two languages develop mental flexibility that helps them learn in powerful ways.” This is an effort to assuage parent concerns.[3] Even with this encouragement in at least written form, there are still other roadblocks for multilingual students.

English As The Standard 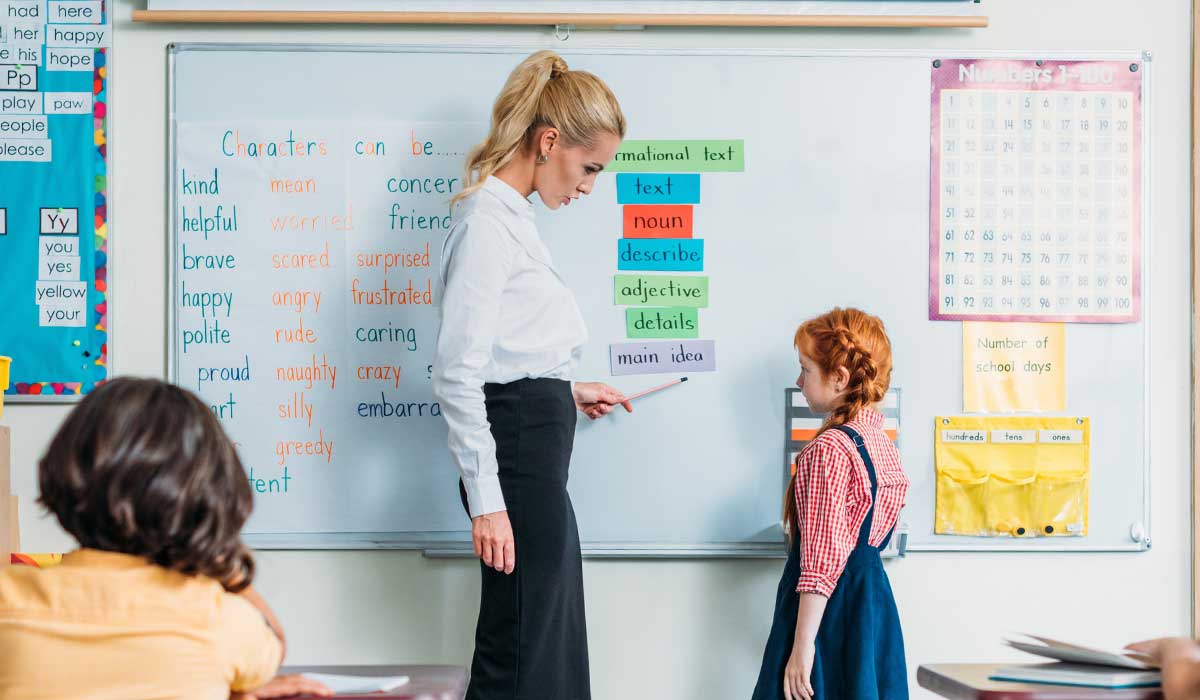 Other problems arise especially in the United States where English tends to be the only language that is valued in the education system. This devaluation is often innately reflected in the official terms by which students who speak multiple languages are described. For example, these students are sometimes described as “English Language Learners” (ELL). Or, their academic abilities are only described in terms of their “Limited Language Proficiency”.[4] In both of these cases, the student’s academic value is judged by their proximity to their English language abilities rather than their overall intelligence.

Teachers are bound by the need to teach in English because it is their job. The school systems which employ them, require that their students display English language proficiency, and the livelihood of the teacher depends on their ability to produce English-proficient students. Teachers are on the ground floor, so to speak, implementing language requirements set forth by state education departments which often don’t directly interact with their actual student population. These practical hardships are exemplified in an audio recording of a teacher named Annmarie Handley of Sullivan High School in Chicago, a school whose student population speaks over 35 different languages collectively. On the second day of school, Hadley can be heard asking students which languages they speak. In the short audio clip, Hadley has to ascertain student responses over the roar of the air conditioner, and through masks mandated for precautions against COVID. With much difficulty Hadley hears two students say they speak Kinyarwanda and Arabic.

Hadley goes on to emphasize not only the technical frustrations of collecting this information, but also the emotional weight that accompanies these conversations. She adds, “I need them to know that I’m listening and they can trust me. And I don’t want them to feel as though I’m not listening or I don’t care.”[5] This becomes more complicated when we acknowledge the fact teachers have been discouraged from using a student’s home language at all costs to aid in educational efforts.[6] This attitude has the potential to leave students feeling marginalized and isolated, which studies have shown hinder their capacity to learn.[7]

The Myth of Proper English

Before going any further, it should be duly noted that the particular form which English has currently taken, became as such, as a result of historical happenstance. Languages morph and change over time as a natural course of human development, technological advancements, and other factors.[8] However, we all know the feeling that there is an official form that our language should take when we speak, or else we could be “wrong”. So, where did the standard originate? As it regards English, this phenomenon developed in London simply because particular forms of words and grammatical preferences were in vogue at the time when written English was becoming standardized.[9]

Problems With Assessing Intelligence in English 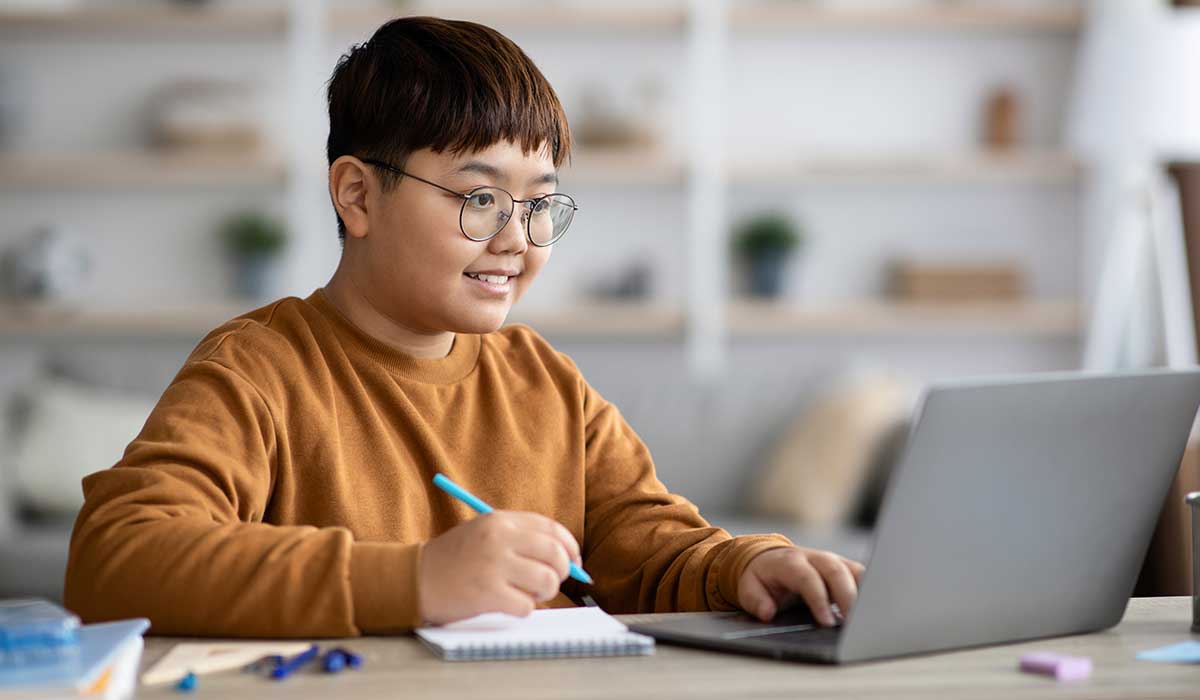 Having said that, it is important to recognize that proficiency with standardized English is not a measure of intelligence. The reality of multilingual, and bicultural student intelligence is not accurately represented simply because the system for testing their intelligence is often in English. Additionally, intelligence testing in the United States is often framed by scenarios that are typical of “White, Anglo Saxon, English-speaking, middle-class situations.” For example, a test might present a student with a question about how to buy apples from the store. That same student may not use the word “apple”, or regularly eat apples as a part of their daily diet because it is an uncommon food at home. From the outset, the question presupposes a culture they are not a part of, having the potential to make them feel ostracized before they can even begin to answer it.[10]

This discrepancy is evidenced by the fact that bilingual and bicultural students are more numerous in special needs classes.[11] So, the entire system by which intelligence is determined is created within a cultural framework that does not account for other ways that might showcase a bicultural, or multilingual student’s intelligence. In reality, a multilingual or multicultural student is synthesizing two or more cultures. It could be argued that this synthesization requires more mental agility than a monolingual student. Yet, intelligence testing often lacks the infrastructure to gather all of the ways in which these students might demonstrate their aptitude. 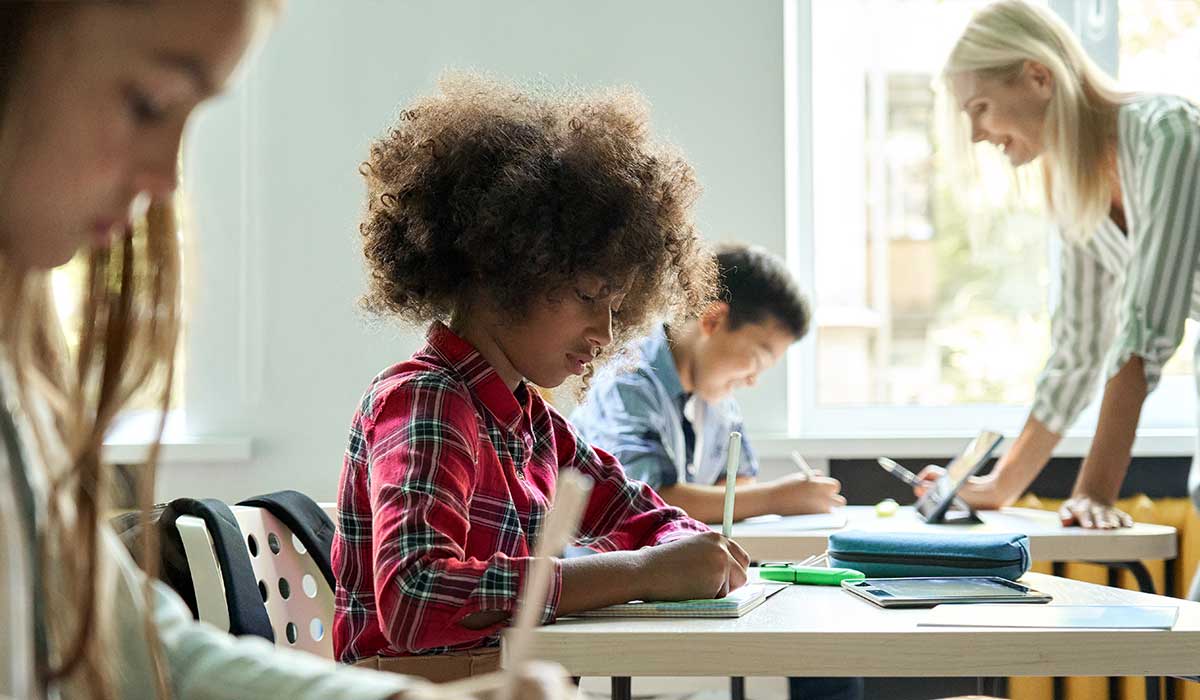 Having recognized the numerous issues that arise from an educational system that favors English, there is some hope for multilingual classrooms in the future. Organizations such as UNICEF, UNESCO and the European Commission, argue that multilingual classrooms serve two important purposes. For one, incorporating multiple languages in classrooms promotes, rather than diminishes, their population’s chances for academic success. Secondly, a multilingual classroom is a multicultural classroom. The positive acknowledgement of a child’s cultural identity helps foster favorable associations with their home culture. As noted above, this feeling of positivity creates confidence and safety; integral components of academic success.[12]

Science has found that learning in more than one language at the same time, actually enables a student to learn both languages faster and more comprehensively.[13] Margarita Muñiz Academy  and Chula Vista Elementary School District in California saw incredible results after implementing multilingual approaches to education in 2015. 75% of their multilingual population graduated as opposed to 61% across the larger district.[14]

A New British publication entitled “Using multilingual approaches: Moving from theory to practice”, contends that barring students from utilizing their home language actually interferes with their learning.[15] The activities in the book seek to engage with the knowledge base which a student has already developed in all areas of their life to build further learning.[16]

An example of how this might be implemented is “translanguaging”, which is when bilingual, or multilingual students access different linguistic features and modes of two or more autonomous languages in order to communicate what they know.[17] Allowing students to do this, rather than discouraging this kind of communication, emphasizes the student’s command of the concept, rather than their understanding of a concept in English. This seeks to resolve the problem posed earlier by measures of intelligence which only recognize a student’s aptitude insofar as they can communicate their understanding in English. By allowing translanguaging, a student’s entire base of knowledge is perceived as valuable, as well as their whole personhood.[18]

Of course there is still the issue of examination. Especially considering the fact that teachers cannot be expected to speak the language of every student that ever passes through their classrooms. This is a complication which cannot be easily resolved, but educators must figure out a way to do so. This is imperative not only as a proper assessment of student intelligence, but as a political act, which declares the equal value and validity of every language and culture in a given classroom.[19]

It must be acknowledged that education implicitly carries many cultural biases and preferences. While it is impossible to immediately eradicate these injustices, the education system has a responsibility to be actively working to combat them. Multilingual classrooms allow the education system to proactively fight the cultural biases woven into classrooms and standardized tests that favor English. Multilingual classrooms have the potential to foster the world’s youth, acting as a microcosm of coming generations. Hopefully these generations will feel confident and validated by their experience in school, realizing that their ability to speak more than one language is not an obstacle, but a superpower. More importantly multicultural classroom settings have the potential to germinate a future culture which values people of all cultures and languages.