Movies and television are fairly new inventions in the breadth of humanity’s artistic endeavors. Since the first commercially aired film on December 28th, 1895, storytelling in film has rapidly evolved with visual effects progressively becoming more impressive. This has allowed filmmakers to design vivid depictions of multiple universes. These worlds usually come fully loaded with populations of either aliens, fairies or elves.

What Language Should a Fictional Species Speak?

Yet, there remains an abundance of T.V. shows and movies that merely gloss over the issue of language, which in reality is one of culture’s primary vehicles. Meaning, if humans were to encounter another species, or simply watch them on T.V., that species almost certainly wouldn’t speak English or another earthly language. 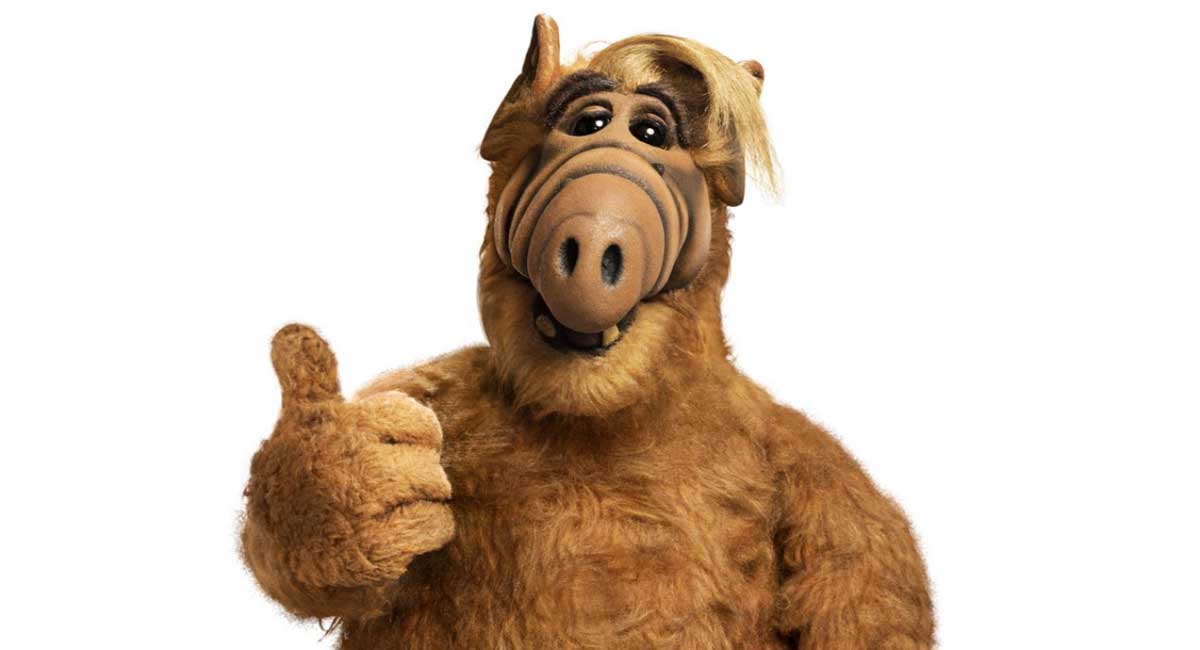 ALF – 1980’s television series. An alien from the planet Melmac

Take for example the 1980’s television series ALF, which stars an alien from the planet Melmac who crash lands near a family’s home in California. In the pilot episode’s opening scene, Willie Tanner, the family’s father, briefly says “they’re answering but I don’t recognize the language” while listening to the spacecraft’s radio transmission. Only minutes later, the ship’s unconscious passenger, ALF, is carried inside the family’s home. As the family debates what to do with him, ALF awakens to interject his first words in perfect English, “can I make a suggestion?”. The show continues in its entirety without an explanation as to how ALF can speak English.

ALF is one, comical example. More serious examples of misplaced English include the films Dark City, Guardians of the Galaxy, and Man of Steel which all have stunning special effects, but English-speaking aliens.

In these examples of misguided English the simplest explanation is probably the correct one. It’s easier for writers, directors and audience members to deal with a story in English. However, pleasing the audience’s eyes isn’t always enough. Some fans yearn for a more bountiful representation of these worlds and their inhabitant’s lives. In the case of science fiction and fantasy, this is where conlangs come to the rescue.

What is a Conlang?

Before filmmakers could depend on captivating visuals, storytellers had to conjure up other methods to immerse fans in fictional worlds. One of those methods has been to engineer conlangs. A conlang is a language that is intentionally constructed rather than naturally evolving. The word “conlang” is derived from the combination of the words “constructed” and “language”.
There are multiple reasons why a person or group of people might create a conlang. Some of the earliest constructed languages before television and film are Hildegard of Bingen’s 12th century, hidden holy language, Lingua Ignota and Thomas More’s fictional Utopian Language from 1516.

Esperanto is a noteworthy example of a conlang, created by L. L. Zamenhof in 1887. His intention was to alleviate social and racial biases by creating an international language untethered to a particular nationality. Esperanto didn’t catch on the way Zamenhof hoped, but some conlangs have exceeded their creator’s wildest dreams. Klingon and Elvish are arguably the most popular examples. These two were created as languages for fictional species, and subsequently caught on like wildfire among human fans.

J.R.R. Tolkien and the languages in Lord of the Rings 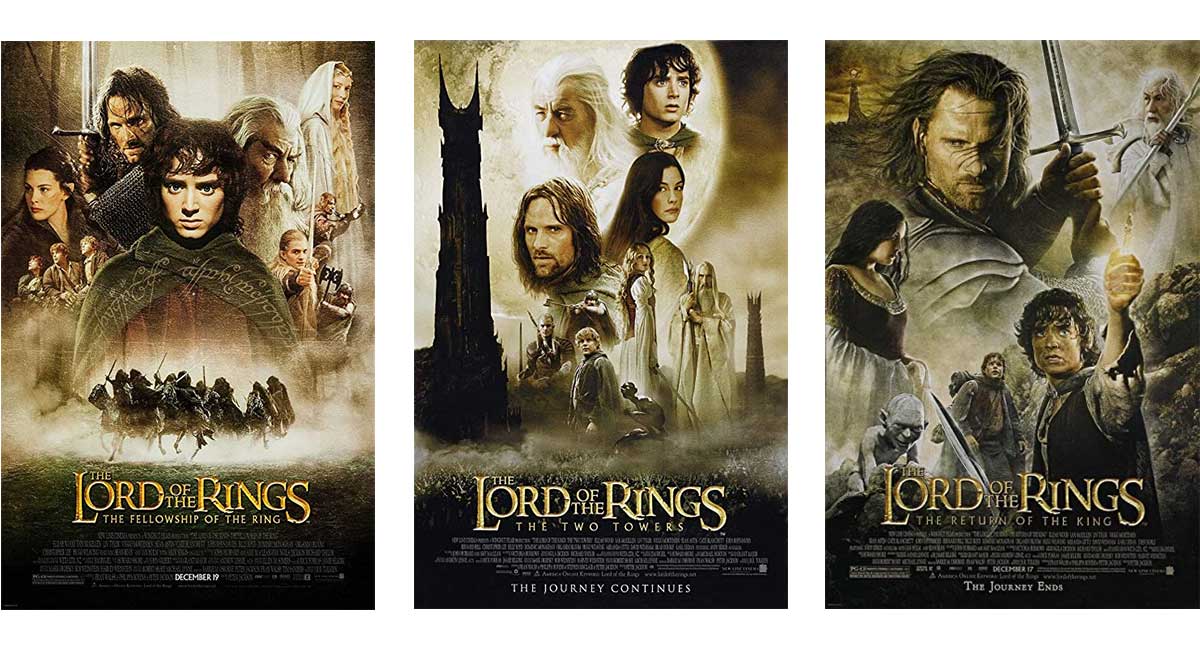 The Lord of the Rings

Tolkien’s conlangs ushered the art of language-invention from books to film. They’re worth considering first because they’re arguably where all on-screen conlangs find their roots. Tolkien has been called the “godfather of modern conlanging”, having conceived 14 different languages for his books. Tolkien’s family of Elvish languages is the most sophisticated, boasting 103,674 words in its dictionary.

Tolkien knew or was at least familiar with Latin, French, German, ancient Greek, Old English, Norse, Gothic, Welsh, and Finnish. He developed an entire family tree of Elvish languages which include the two most well known in the movies, Quenya and Sindarin. These two languages stem from Primitive Quendian which serve as the prototypical languages for every language in Tolkien’s stories. The fictional Quendian is comparable to Latin, which serves as the mother of the Romance languages. Tolkien’s family tree of languages is particularly fascinating because they are animated by the sort of evolution which naturally occurring languages undergo, causing them to split and evolve through fictional history.

Tolkien’s habit of inventing languages actually preceded the stories we now know as The Hobbit and Lord of the Rings. Unlike many later conlangs which were created to bolster fictional storylines, Tolkien began by creating his languages when he was 13 and “never stopped, really”. The invention of languages was Tolkien’s initial fascination. Middle-earth’s Dwarves, Elves, and Hobbits developed alongside the languages in Tolkien’s imagination, not before them. Tolkien himself essentially said he wrote his books so that his languages had a world to exist within. 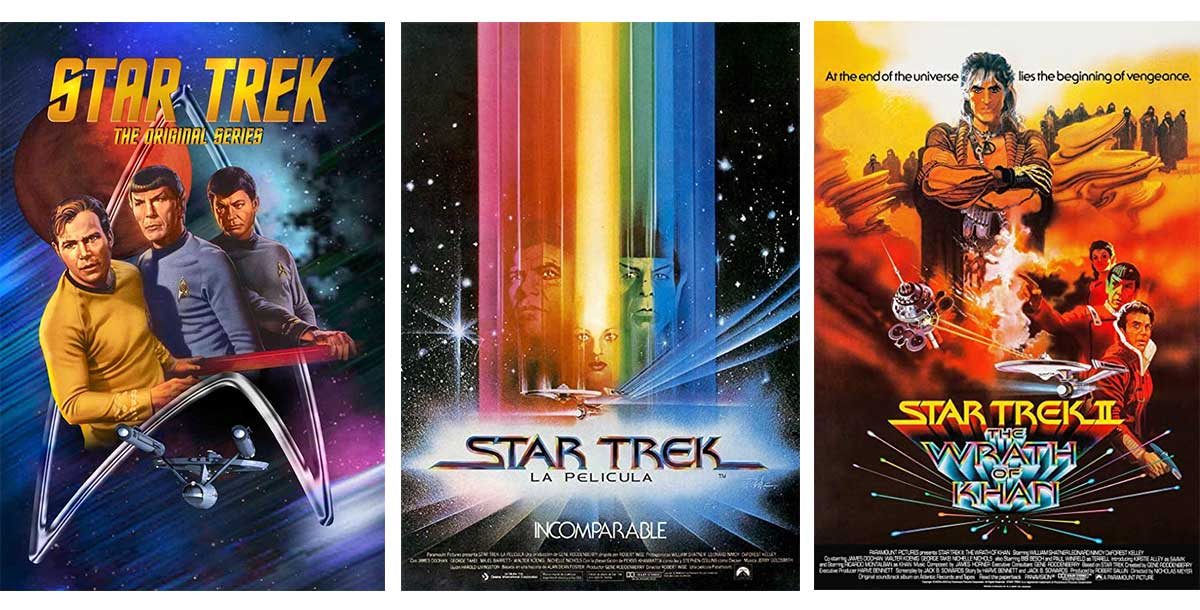 Despite the fact that Marc Okrand has a PhD in linguistics from the University of California  Berkeley, the stories of Klingon and Vulcan are quite unlike that of Middle-earth’s languages.
In 1982, Okrand was creating the first ever, live closed captioning for the Oscars. While in L.A. for the Oscars he went to eat lunch at Paramount Pictures with a friend and some of the creators of the 1982 film Star Trek II: The Wrath of Khan.

The movie was nearly finished but there were some linguistic issues. During the course of the meal, it was divulged to Marc that Mr. Spock was speaking with another Vulcan character in English when a particular scene was initially filmed. However, in post-production several people working on the film felt that it would be preferable if the characters were speaking Vulcan. Marc took advantage of the moment and said he could resolve the issue.

Okrand was then hired to word backwards composing what he calls “gobblygook”, which would match the movement of the character’s lips, but sound different than English. He was also asked to attempt to make the Vulcan spoken in Star Trek II, match the Vulcan spoken in Star Trek I. With only one week to overdub the new audio, Okrand succeeded and was subsequently asked to help with the next movie.

Okrand had more notice when creating Klingon and began preparing the language for Star Trek III: The Search for Spock prior to filming. In turn, the Klingon language has evolved beyond even Marc’s initial fantasies. Okrand went on to write a Klingon alphabet, and eventually a Klingon Dictionary. Klingon can even be learned using Duolingo. 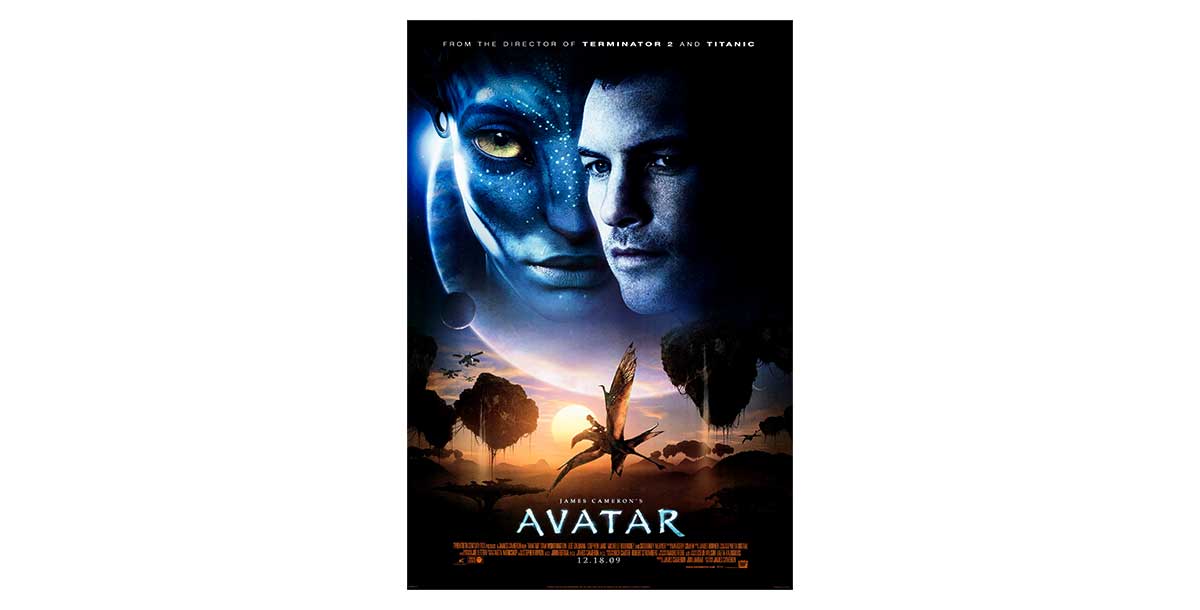 Director James Cameron meticulously wrote and imagined Avatar for over a decade. Having already directed blockbusters like The Terminator and Titanic, Cameron was acquainted with the intricacies that imbue a story with authenticity. It’s no surprise then that Cameron wanted the Na’vi language to be a true, functioning one.

According to an interview with Na’vi’s inventor, Paul Frommer, James Cameron had already created a few words for the Na’vi language when he hired Frommer for help. Paul Frommer has a PhD in linguistics and went to work creating Na’vi.

The Na’vi are a group of fictional extraterrestrials who live on the planet Pandora and the language is named after the beings themselves. Frommer says it took 5 years to fully develop the language. After inventing the language, Frommer was faced with the task of coaching the actors to speak it.

Na’vi has a unique tripartite grammatical system like that of the Aboriginal language Wangkumara, which is only spoken in Queensland, Australia. Additionally, Na’vi is deeply inspired by New Zealand’s Maori Language. The Na’vi language has a massive online dictionary which is regularly updated. If you have the desire to learn Na’vi you can even download an app called Learn Navi.

David Peterson’s High Valyrian and Dothraki in Game of Thrones 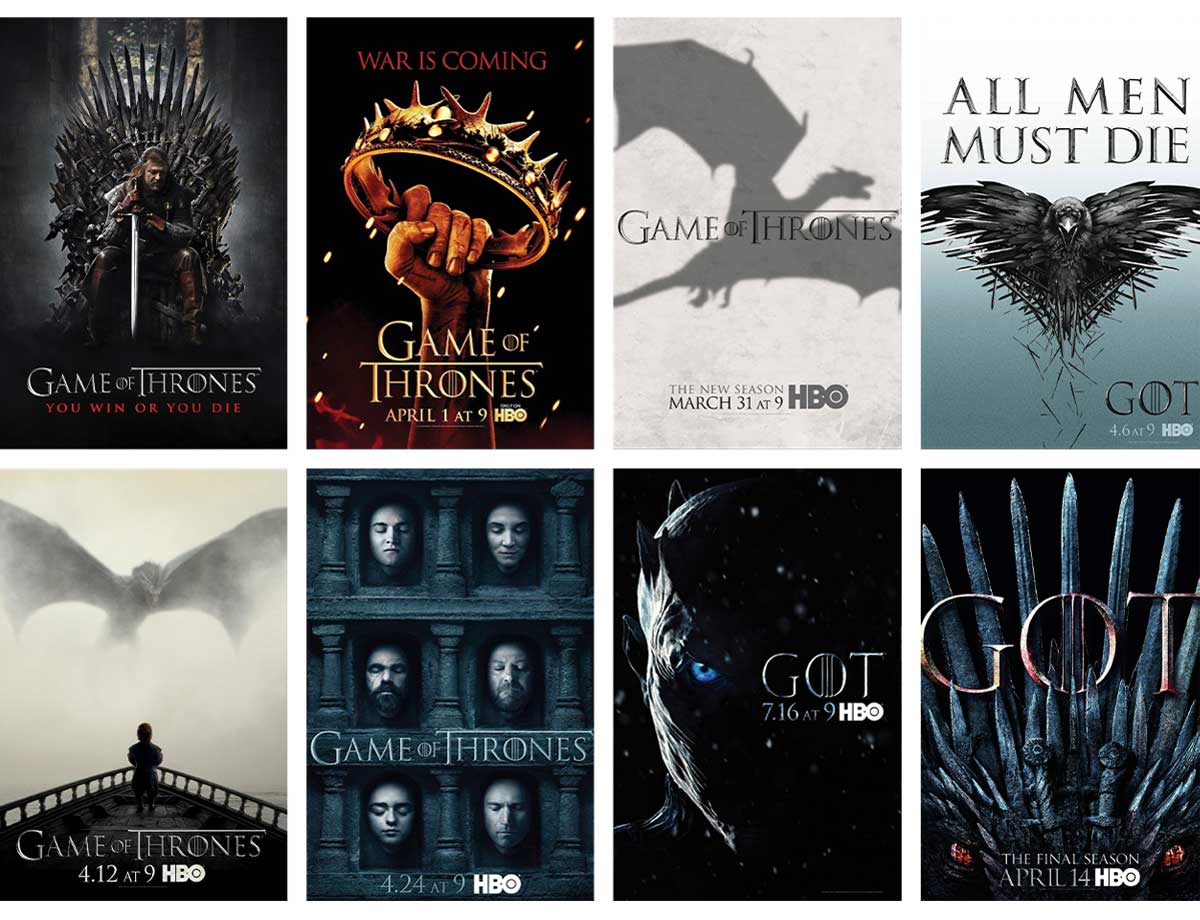 Game of Thrones – All seasons

In 2009, producers of the show were seeking help to forge the languages for the show and reached out to the Language Creation Society. They decided to hold a contest amongst the group’s members to see who could generate the best prototype. Peterson used the few pre existing words in the books and compiled over 300 pages of Dothraki material. He won the contest and went on to create both of the series’ languages.

Currently Dothraki has around 4,000 words, drawing inspiration from Turkish, Russian, Estonian, Inuktitut, and Swahili. Valyrian has around 2,000 words and can be learned on Duolingo. Peterson even wrote a Dothraki textbook titled Living Language Dothraki, and went on offer a course at Berkeley: The Linguistics of Game of Thrones and the Art of Language Invention.

In his TED Talk, Peterson passionately explains the importance of Language for humanity: “Language is the most important thing in the entire world, all of our civilization rests upon it.” He goes on to say that even synthetic languages can tell us a lot “about the depth of the human spirit.”

Peterson’s is a useful perspective when we ask ourselves why anyone would invent or learn a conlang in a world full of “real” languages. Even though Conlangs may not be necessary, the act of learning any language broadens the mind of the person learning it. If a person learns any language, Peterson argues, it will lead to more linguistic tolerance, which leads to tolerance of other human beings, in general. Conlangs also breathe life into fictional worlds that they would otherwise lack, allowing the stories to truly function and evolve like naturally occurring histories. Conlanging is a labor of love which allows any story to pass from the mind of its creator, into the imagination of its fan communities.