Why And How To Raise Bilingual Children

History of Negative Attitudes Towards Bilingualism

In the past, there has been concern about whether or not children with bilingual or multilingual parents should only learn one language, or both. The language they might learn would usually be dictated by which country the family is located in, and which language has the most social and economic benefit. For example, being in the United States, a child must speak English to fit in, and to eventually support themselves.[1] As recently as 2017 it has been reported that 84.1% of the immigrants to the United States, do not speak English as their first language. Despite this reality, it has also been shown that these immigrant’s children quite often do not continue to speak their heritage language.[2]

The history of this attitude stems in large part from heated debates in the 20th century. In fact, in 1983, an article was published saying that almost no other facet of education had awakened such passionate controversy, as bilingual education. In 1977, a study was conducted which produced results that supposedly proved bilingual education was not helping students, and in some instances, it was even hurting them. This study was later debunked and criticized for its methods. However, it did leave a lasting negative impression on the minds of many Americans as it regards bilingualism. [3]

While various studies have proven that bilingualism is beneficial to children from birth, it is easy to understand their parent’s concerns. As a parent, you want your child to be able to speak to you as soon as possible, to express their needs, and their personalities clearly. Parents want to develop a bond with their children and language is one of the most important tools families use to do so. Concerns about confusing children, disadvantaging them, or inhibiting their social development motivate parents to sometimes not teach their children both languages of their home.

Having made note of these concerns and their origin, we must recognize that this attitude may be justified, but scientific evidence decisively favors the benefits of bilingualism for children. For children with bilingual parents, the most obvious way to implement bilingual learning is to have the parents teach their children at home. This is because when a child is young, they have an innate ability to comprehend and acquire languages more easily. Research is not entirely conclusive about exactly what age language learning begins to become more difficult for humans. However, the overall consensus is essentially just this: the earlier the better.[4] 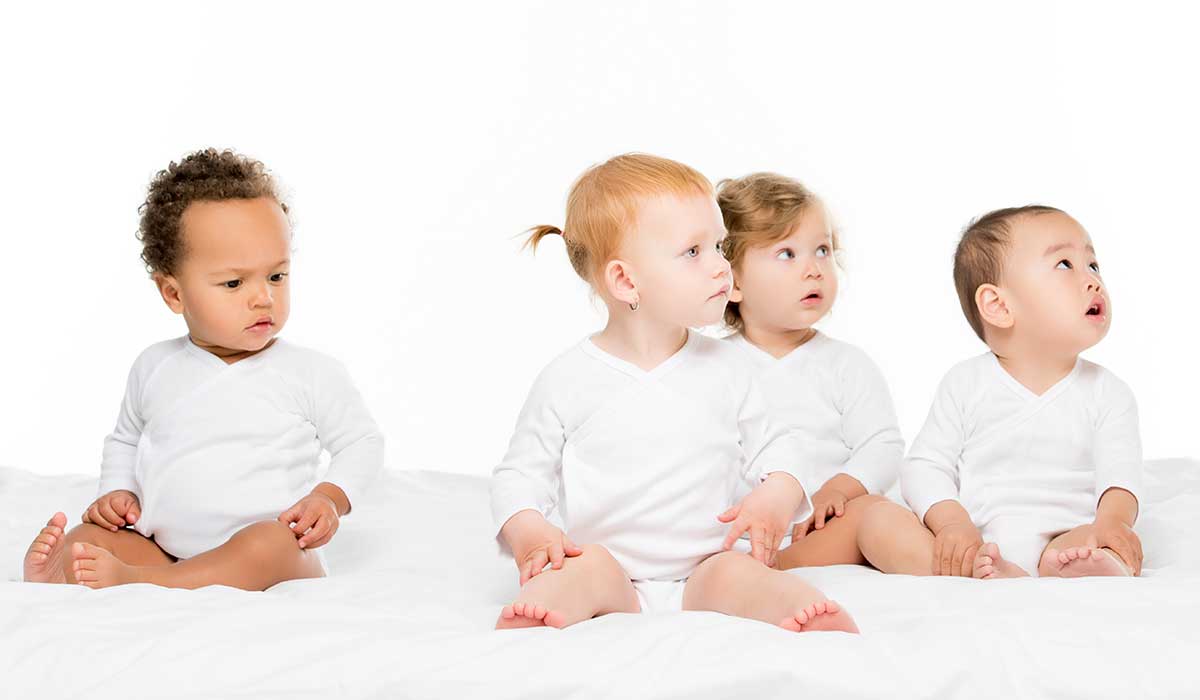 The most common scenario in which a bilingual child will be raised, is when the parents of a child speak two different languages. In this scenario, parents often use a method known as “One person, One language” whereby each parent typically speaks to the child in the language they are most comfortable with. Sometimes this method is also referred to as the “One parent, One language” approach.[5] However, this is a bit of a misnomer because it could be a grandparent, or any other caretaker who is regularly present in the child’s life. This is the most commonly practiced method for teaching a child both languages.

When using the One person, One language approach, the first key is to actually engage the child. It is not adequate for the child to simply hear the language being used around them. Something must be demanded of the child, they must be required to use the language as well.

The other contingency which determines the possibility of success in this approach is simply the amount of time spent talking to the child. The child must be spoken to often in both languages. This makes sense when you consider the fact that the only source of the target language may be one individual mother, father, grandparent, etc… So, assuming that one parent is speaking the target language, while the other is speaking the dominant language of the surrounding culture, the child needs to hear the target language very often. It’s simple, the less the child hears and uses the language, the less likely they are to learn it. The more they hear it and use it, the more likely they are to become truly native in their competency.[6]

This simple scenario however is not always the reality. Families are complicated and teaching a child two languages can be simple or complicated depending on a family’s situation.

There are sometimes complications which many parents have made note of when telling their story. One English-speaking mother who simply goes by the name “Felicity”, has a French-speaking husband who worked 5 days a week as she raised their children. Desiring that her children spoke both English and French, Felicity decided to not allow the burden of French to rest solely on her husband. She facetimed the child’s French-speaking grandparents, made posters in French, and switched between French and English herself when speaking to her children.[7] 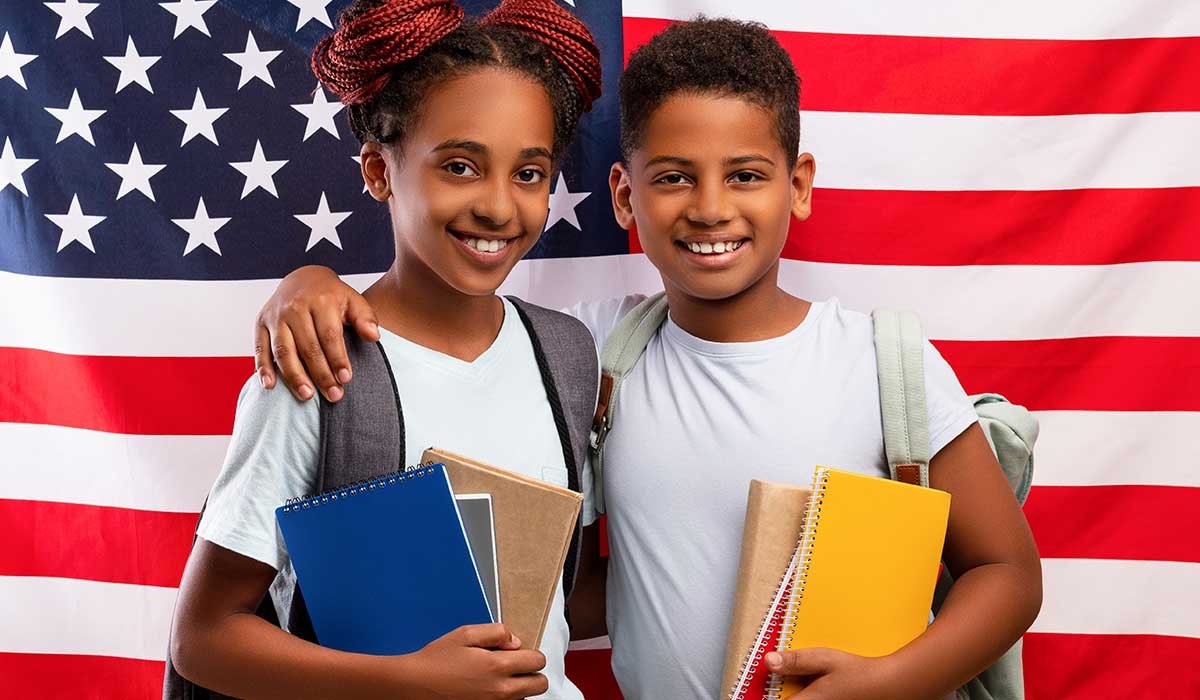 As children get older there are factors contributing to a child’s potential to learn a language they deem to be less important. In other words, the child is a human with a will of its own. This fact becomes obvious when parents attempt to implement both languages, but the child knows that the parent speaking the non-dominant language is capable of speaking the dominant language.

For example, as a child learning both languages progresses into their adolescence they may see the target language as something which makes them different or “weird”. Their attitude towards the language becomes as important as the language itself. If a child develops this mindset, they might rebel against the target language.[8] These reasons for rebellion sometimes go beyond simple feelings of oddity as it regards the target language. There is potential for a target language to carry national, religious or political connotations that the child wishes to avoid.[9]

Unsurprisingly, the emotional connotations a child associates with a language will certainly weigh into their desire to learn it. So, it is important that parents try to avoid creating an environment in which the target language is perceived negatively. Make sure not to scold a child for speaking to you in language other than the one you’re trying to get them to learn.[10]

Additionally, try to remember that language mixing is normal within a conversation. If a child switches between two languages from one sentence to another, this does not mean they can’t recognize the difference between the two. It is normal, and simply means the child is using the linguistic tools they have to communicate their needs.[11] Felicity, mentioned above, says that fostering an environment of play is a way to ensure that positive attitudes towards language learning are built within your family. She gives examples of “code switching” as a form of fun within their household. She goes on to encourage parents not to be prisoners to their own desire to have bilingual children. Basically, you’ve got to keep an open mind about language learning. Use it to your advantage to create an environment of love and fun.[12]

Serina Wang, a mother with experience in raising her own children as bilingual, interviews another parent named Hyunwoo Sun, who also raised his children to be bilingual. As parents who speak multiple languages they discuss practical tips to use when teaching two languages. For them, the languages they’re simultaneously teaching are English and Korean, but these tips could apply to any two languages.[13]

The first thing Wang and Sun are sure to say is that parents should not mix languages mid-sentence. This is primarily because the two languages most likely do not share the same grammatical structure. Secondly, Hyunwoo Sun recounts his experience as an English learner himself. Saying that just because a parent may not speak a target language perfectly, it doesn’t mean they shouldn’t speak it to their child. While speaking the language to your child you will become better at it yourself. This point echoes Felicity’s earlier sentiments not to allow the systems you’ve put in place, or negative attitudes towards a language in your family to trap you as a parent. Thirdly, Hyunwoo goes on to emphasize the importance of starting early. Saying to “persevere and stick to it”, even when your child only appears to be a babbling infant. Again, these early years are important. Children are learning even when they don’t show immediate evidence of that learning. Another simple and potentially difficult tip Wang and Sun give parents is not to finish your child’s sentence for them when they are struggling to think of a word. Allow them to struggle to communicate on their own. Another important aspect of having your child learn a target language is to build a community of friends and loved ones besides the two parents, for the child to practice. Studies have shown that toddlers can even learn a language without any help from their parents by exposure to a community, so it’s important to surround children with a community which speaks the target language.[14]

It is impossible to say that there is one best way to raise a bilingual child. Here we have looked at multiple studies, and first hand accounts of parents trying to raise bilingual children. These parents have different methods which fit their situation. A few things seem to be clear though, which can be summed up simply.

Whatever way parents and families choose to enact these principles is up to them. Science has shown that speaking to children often, and early is a surefire way for them to learn, but that reality can take multiple forms. The important thing is to remember that bilingualism is beneficial to your child and that you’re teaching two languages out of love for them, to help them and ensure their success.